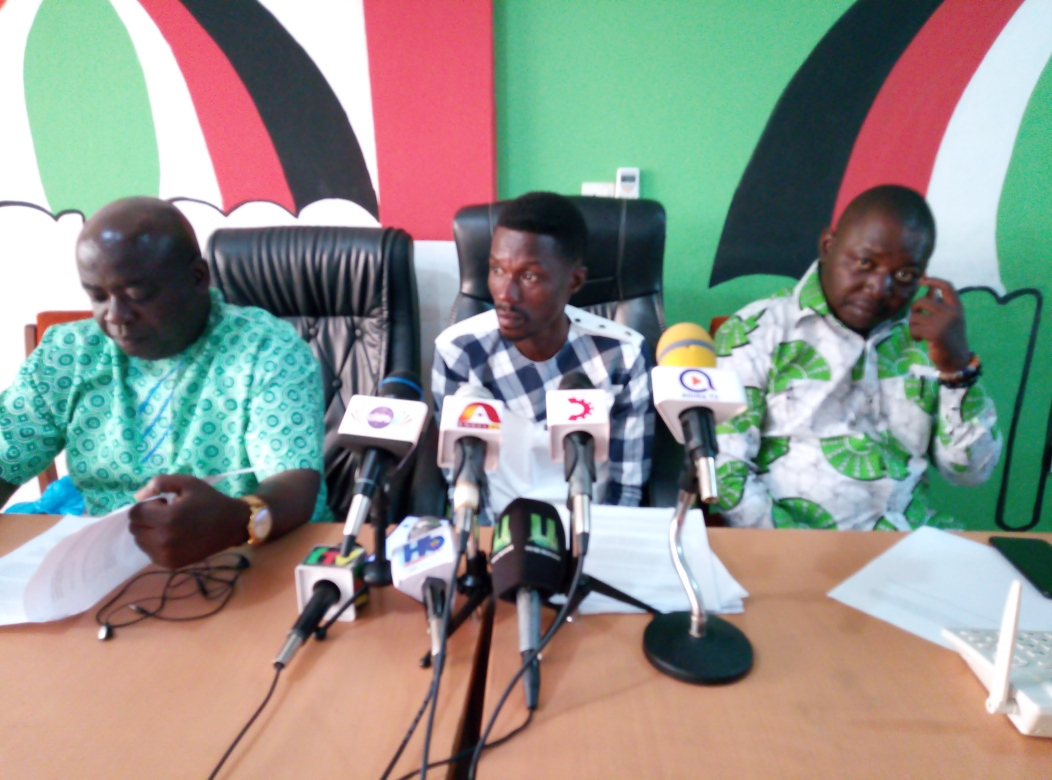 The Awutu Senya East branch of the National Democratic Congress (NDC) in the Central Region is blaming the New Patriotic Party (NPP) Youth Organizer in the constituency, Bernard Nana Orkoh-Hene also known as ‘Nana 1’  for the shooting incident that occurred at Akweley during the voter registration exercise on Sunday.

Addressing the press at the party’s office, the NDC’s constituency secretary, Ahmadu Tuariq accused ‘Nana 1’ of firing the gunshots to disrupt the registration process.

[contextly_sidebar id=”ydxL31VOUBqhBBkg1RYfLM6mN00qavl6″]”It is mind boggling when the NPP youth organiser says he was not in Kasoa during the voter registration exercise because I personally met and interacted with him when he came in a 2014 registered Toyota Tundra,” the NDC secretary for Awutu Senya East said.

Reacting to the allegations leveled against him, Bernard Nana Orkoh-Hene also denied knowledge of the shooting incident.

According to him, he was at Assin Jakar with the Regional NPP chairman and was nowhere near the registration centre.

“It is a ploy by the National Democratic Congress to tag us to make the  NPP government unpopular. They just want to drag my hard earned reputation into the mud, “the New Patriotic Party Youth organizer said.

He indicated that the rumours that he walks around wielding a gun have no bases.

“Ghana is not Iraq that I must walk around with a gun. Whatever happens, I wasn’t there so it baffles me why they want to bring me into their game plan,” Nana 1 said.

Over the weekend, there were reports of gunshots at the Akweley registration centre which disrupted the exercise.

Attempts to reach the NDC Chairman for his response has been unsuccessful.

The exercise, which began across the country at the EC’s district offices and in over 1,000 additional centres has largely been peaceful, except for some instances of network challenges.