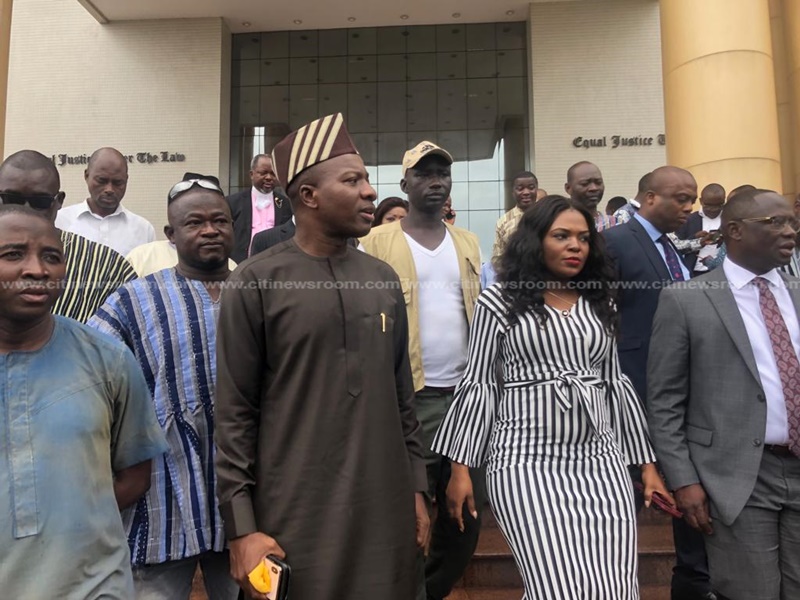 The Bawku Central Member of Parliament, Mahama Ayariga is expected to make his second court appearance later today, Monday, in the case brought against him by the Office of the Special Prosecutor.

This follows last Tuesday’s adjournment of hearing at the Financial and Economic Crimes Division of the Accra High Court.

Last Friday, the Speaker wrote to the Registrar of the court insisting that the Bawku Central MP must be tried only on days Parliament is not sitting, which is Mondays, or during recess.

Last Tuesday, there was a tussle over whether Mr. Ayariga should be compelled to go to court while Parliament was sitting.

The judge in the case insisted that Ayariga must report to the court, but the Speaker of Parliament, Prof. Mike Oquaye, whose attention was drawn to the matter ruled that the Bawku Central MP could only honour court invitations when he is not undertaking any parliamentary activity.

This, the Speaker said was in accordance with the Constitution which states that MPs must not be obstructed from discharging their parliamentary duties nor be served summons to court on their way to, from or in Parliament.

Prof. Oquaye in his ruling reminded the court of the need to uphold the dictates of the constitution while holding the MP to account.

Meanwhile, Mahama Ayariga has given an indication that he will go to the Supreme Court to seek an interpretation of the constitution on the privileges of MPs and whether he is obliged to honour a court invitation on a day of parliamentary sitting.

He said he has no challenge with honouring invitations to court but he is only available to go to court on Monday or weekends, when he has no parliamentary business to attend to.

I will always go but the days that they say No, come on Tuesday when parliament is sitting, I’ll raise a constitutional objection and then we will refer the matter to the supreme court and the court will rule. If the judge wants us to sit on Saturday or Sunday I will come,” he said in a Citi News interview.