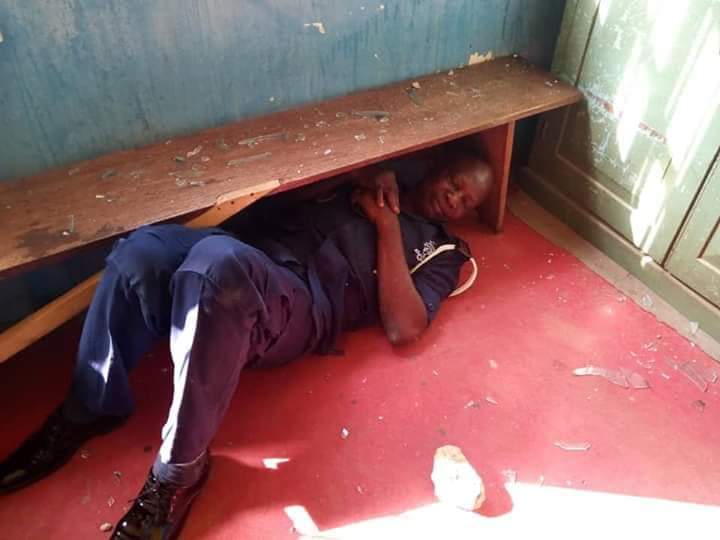 A police officer taking cover during the attack by residents

Some residents of Breman attacked the Asikuma Police station in the Central Region after a suspect died in custody.

The Central Regional Police Command has condemned the Wednesday attack and said the death was not a result of any police action.

The suspect had complained of dizziness and later died after being rushed to the Asikuma hospital for treatment according to the Central Regional Police PRO, Irene Oppong.

“During the course of treatment at the hospital, the suspect passed away. The regional police command wants to assure the general public that all investigations will be done to determine the cause of death,” she said.

She also urged residents to be patient and wait for the investigation to conclude. 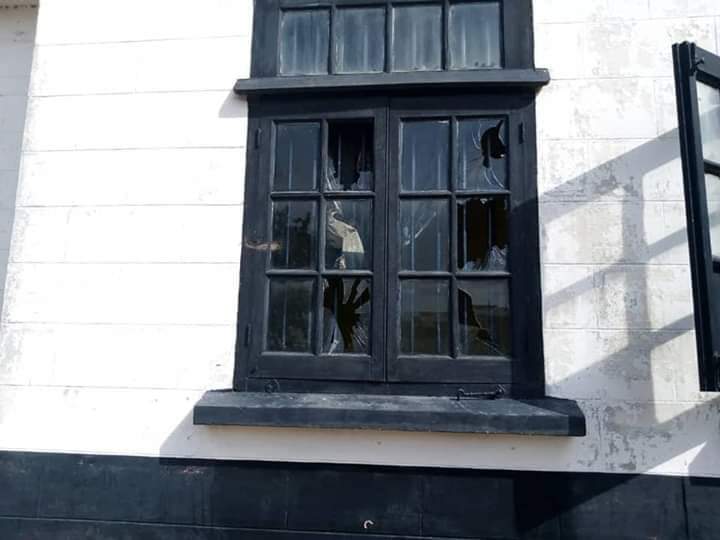 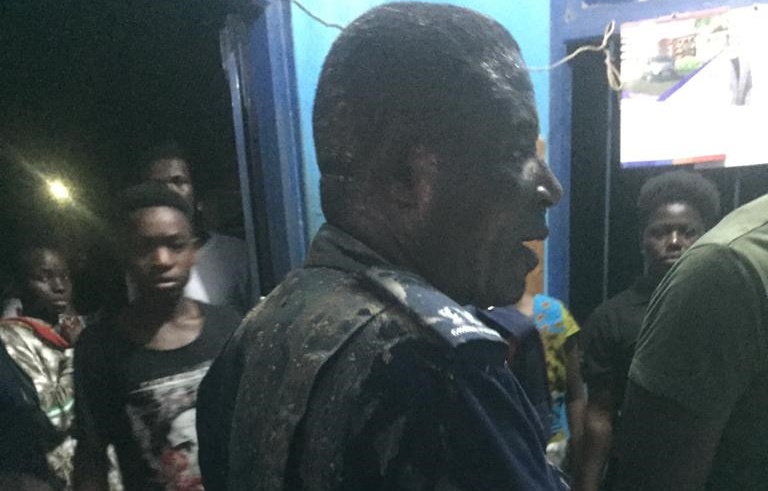 But Kweku Botwe, the suspect who died, complained of dizziness while in detention before his death.

It is unclear how the news spread but infuriated town folk who besieged the Asikuma Police station agitating and demanding for the release of the two whiles pelting stones at the Police Officers.