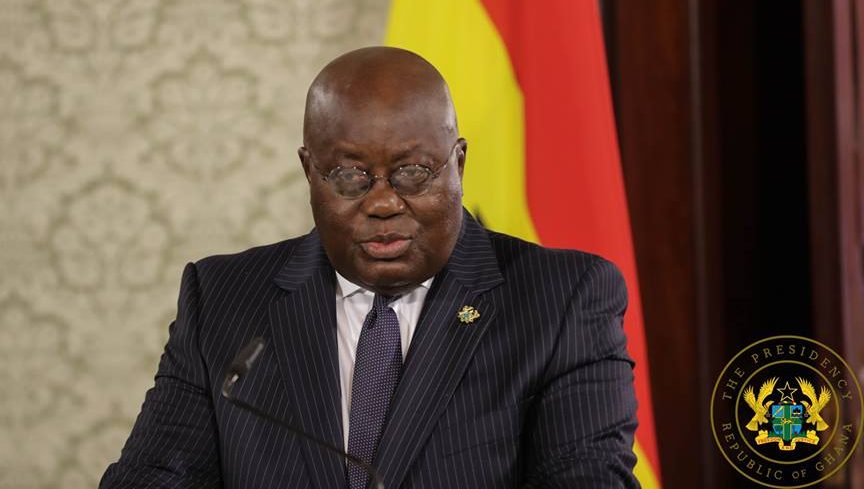 President Akufo-Addo has demonstrated more than enough to justify his unflinching love, respect and support for Women Empowerment in Ghana.

No propaganda can outshine the remarkable achievements of President Akufo-Addo in the area of Women Empowerment. Some of his achievements include the following:

1. Creation of a Platform for Feminists, Journalists and Gender Advocates in Ghana with the Repeal of Criminal Libel Law

The repeal of the Criminal Libel law by Akufo-Addo completely erased the Culture of Silence in Ghana, gave voice to the voiceless and an opportunity to more females to join the Media and Journalism Profession.

President Akufo-Addo dedicated his life over the years to mentor and develop women, most of such women are serving the country in different capacities now.

Through President Akufo-Addo, Ghana is benefiting from the service of seasoned female lawyers such as Chief Justice Sophia Akuffo, Joyce Darko, Ursula Owusu and several others. He trained and mentored these women to become who they are today.

We are challenging John Mahama to mention just one prominent female Communicator he has trained over the years to the benefit of the Ghanaian Society.

The peak of President Akufo-Addo’s commitment to women development, training and empowerment was the introduction and implementation of the Free SHS Policy.

The Free SHS Policy is anchored on giving equity and equal opportunity to more females to experience free quality education. The first step of empowering women is through education and nothing else.

Feminism would have been a total waste of time without Education. It is equally a fact that the more women become enlightened through education the more they are able to join forces together to fight for equal rights in society.

It is an established fact that, the Government of President Akufo-Addo has more female Cabinet Ministers plus female Sector Ministers than his predecessors.

5. Female Appointees at the Presidency

6. Female CEOs
President Akufo-Addo has done well by giving opportunities to more women to head some of the key State Agencies as CEOs and Deputy CEOs.

There are a number of females serving as Deputy CEOs in State Agencies and Institutions.

There are more female Ambassadors in Akufo-Addo’s Government than John Mahama and Atta Mills Government.

8. Female Board Members
President Akufo-Addo’s Government has appointed more women to serve on the Board of State Agencies and Institutions than any Government in the past.

It is only President Akufo-Addo who has make a conscious effort to ensure women are appointed to serve on almost all the Boards of State Agencies and Institutions. It has never happened before since independence.

9. Deliberate Policy to Employ more women in the Public Sector

Under President Akufo-Addo’s Government, more women have been employed to work in various State Agencies and Institutions especially newly introduced programmes such as NABCO.

More women have been given Financial Assistance to start their own businesses through the NEIP initiative.

President Akufo-Addo stands tall, he is peerless when it comes to women Empowerment, Development, Training and Mentorship.

Three in critical condition after accident at KNUST

Tourism Minister pledges support for women in tourism and business

Tourism Minister pledges support for women in tourism and business