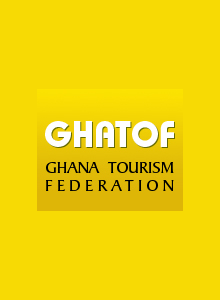 It’s been a little over a year since the new executives of the Ghana Tourism Federation (GHATOF) were inaugurated to revamp the organization.

For starters, GHATOF, is the umbrella body of all tourism, hospitality and travel trade associations in Ghana with the mandate of being the liaison between government and the private sector while advocating for their interest. Thus, the Ghana Tourism Federation is the highest organization established to champion the cause of the private sector in Ghana’s tourism industry.

According to its mission statement, Ghatofexists to articulate the concerns of the practitioners in the industry and thus influence tourism policy development and growth.

The current administration of the body came into office promising to commit to finding new and innovative ways of making the Federation relevant while building on the successes chalked by the previous administration. Again, the then newly inaugurated leadership said that they will work closely with government and all stakeholders in the tourism industry to ensure that Ghana improves on its tourism offering in order to attract more tourists and to increase revenue generation for the country.

Following their inauguration, the new leaders sought to re-orient members on the tenets of the Federation which I found really commendable. Then there were the engagements with other key stakeholders such as the Ghana Tourism Authority to consolidate their partnership which is very crucial. Since then GHATOF has organised workshops on team building, improve capacity of members, consensus building among others for members.

However, there were high hopes for the new GHATOF. I mean when one considers the fact that not so much was accomplished under the erstwhile administration, some of us were very expectant. The new executives were relatively young and looked poised to deliver. I was particularly happy that various committees were even set up to ensure that ideas were collated to help shape the new GHATOF

Unfortunately, I thinkall that was just a flash in the pan. The GHATOF of today is not anything close to what I envisaged it to be with the coming of the new executives. The Federation seems not to have any clouts in ensuring that things are done. By their sheer numbers, one would have thought that GHATOF should be a force for driving Ghana’s tourism but that’s not currently the case.

We need a Ghatof that is vibrant, proactive and visible. It might seem unfair to put all the blame on the leadership of the Federation in that sometimes the leadership of an organization is a reflection of the people they are leading. This is an organization made up of more than 25 individual trade associations which for me, should count for something much more than the numbers.

I have been in meetings and  events organized by Ghatof where issues such as payment of dues come up and by the mere demeanor of members, I realize they’re just not keen in parting away with what could be described as a paltry sum to keep the Federation going. Dues payment is a very vital obligation expected to be carried out by any well-meaning member of the said association.

Associations such as Ghatof thrive on how much members are willing to contribute every now and then to make it work. I find it unthinkable that after willfully shirking their financial responsibilities, members actually expect Ghatof to run smoothly and efficiently. It’s not an acceptable practice that leaders of the Federation should dig into their own pockets to provide financial resources to make things happen.Sadly though, is the fact that this has been the norm within Ghatof over the years and it explains why the Federation is lethargic in carrying out its core mandate of advocating for the interest of the private sector. I don’t know how much each member contributes as dues but imagine if each of the over 25 members of Ghatof decided to pay Gh100 every month, that’s over 2500 in their coffers.

For an organization the size of Ghatof, that amount is seemingly beggarly but very needful in at least providing the financial cushion for the day to day running of the association.Ghatof need to understand that associations such as theirs usually exist to achieve something; a legacy – that can be referenced and talked about. The current Ghatof owe it to themselves, the hospitality tourism and travel industries in Ghana, a strong and formidable association that stands on its own and not by the altruism of others. It is not wrong for them to seek support every now and then to help run some of their programs but should not be habitual.

The ideal Ghatof for example, should be in a position to publish periodic reports on the performance of the tourism, travel and hospitality sectors in the country, and intensify their training and sensitization workshops for members to help raise service delivery standards. It is often said that the tourism sector is driven by the private sector, so if the apex body responsible for coordinating this private sector is not up and doing, then you know the sector is headed for the abyss of stagnation.

We need a Ghatof that makes meaningful contributions to policies and interventions that are geared towards the development and growth of tourism which are made at the national level. The business as usual trajectory on which the current Ghatof is will do more harm to an industry which is supposed be led and driven by the private sector. And there is no better time for Ghatof to make itself relevant in Ghana’s tourism narrative than now when it marks 25 years since its establishment.

The Writer, Samuel Obeng Appah is the Content Editor for VoyagesAfriq Travel Magazine

Uphold your ethics at work – Pentecost Chairman to Christians