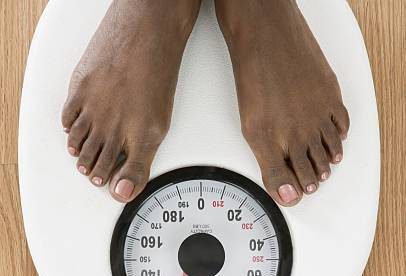 I am lucky and grateful I didn’t become aware of my body and what it’s supposed to look like through social media, television or through a magazine. But even with that, I have not been spared from body shaming.

It was easy then, but with the popularity of social media, things are just out of hand now.

According to an online Cambridge Dictionary, body shaming is a criticism of someone based on the shape, size or appearance of their body.

Thanks to the internet, social media trolls and bullies now target people’s bodies for entertainment.

Growing up, I was always asked: “where are your buttocks?”.

I’m in my mid-twenties and people still ask me these questions. It used to bother me so much I adopted ways of coping.

Throughout Junior High and Senior High School, I used to wear about three underpants under my uniform just to look full in my uniform, so all my friends won’t laugh at me and they go like….’eiiiii your buttocks have come oooo’.

Comments like ‘your buttocks have come ooo’ brought me moments of false joy and satisfaction, because dealing with such compliments was much easier than questions like ‘why are you so skinny?’ Even the teachers used to laugh at me.

My mum was so worried about me but she didn’t know how to help me deal with it.

She was constantly telling me to reduce the number of underpants I put on because it was unhealthy for my vagina, but I could care less.

My false buttocks and hips were two underpants and one jeans shorts I made from an old pair of jeans.

I was still wearing that in my first year of Senior High until one of my close friends, introduced me to the ‘padded under pant’, what I considered the greatest invention of all time at the time.

This padded under pant, fully designed to give me and the world an illusion of a bigger ass and hips became my second skin. Oh my God, I was so happy!

I remember my mom being shocked and sad when she saw it hanging in my wardrobe but I didn’t care, I had finally found the perfect bum.

It was all in my head, I looked fuller and I didn’t have to deal with no mean comments any more. Then one day, my aunties, my dad’s sisters came to visit. They were sitting in the compound when I was stepping, and just as I was about to leave, I was bombarded with “are you not eating, why are you so skinny?”

Their remarks hit me more than the ones I got from my friends and random people. I expected members of my family to be kind.

I stood there smiling, trying so hard not to burst into tears, until my dad came to my rescue, my superman, he saved me, not just for that day but from ever feeling like my body was not enough or perfect with two remarks

‘Leave her alone! Her body is fine’. That was when I decided not to be bothered by such comments any longer.

After all, this is the only body I have.  We watch a lot of TV without filtering what we consume forgetting that most of the things out there are not real.

Images shared on magazine covers, portrayed on television and shared on social media pages have a powerful effect on how young people see their bodies, even some adults.

The media as an influencer plays an important role in what body shape people aspire to have. An image, often impossible to attain, is projected as the ideal and splashed on magazine covers, on billboards and TV and people are persuaded to the thinking that to be accepted, they must strive to attain that projected ideal.

This has eaten deeply into society’s mind that anybody who is quite far from that projected ideal is shamed. The advent of social media which has as a feature, its interactive nature, makes matters even worse.

I am lucky, someone came to my rescue, but what about the girls who don’t have anyone, like Harriet, a level 100 student of the University of Ghana, who was body shamed by a celebrity on social media?

There was a time her photo ended up on the internet after a school engagement and a very well-known celebrity who for the sake of Harriet, I will not name here.

“One time in SHS, a campus web group came around to talk and interview us, after the engagement we took photos. Our school uniform was sleeveless, so it showed my arm, so we took the pictures but my arm looked slightly bigger than rest of the girls, slightly different from how ladies’ arms look like, especially for my size. My arms are a bit muscular.

“One celebrity made a comment on that, and this is what she said; ‘when she [Harriet] slaps you with these hands, you are definitely going to die.’ I didn’t know about it until my friends showed me. People were laughing at me. Most of them didn’t know what I was going through. I cried,” she said.

Harriet who was body shamed by her aunt as a child used to avoid family gatherings and photo shoots because of the judgement about looks.It was so intense that she resorted to dressing in the bathroom to avoid undressing or dressing in front of anyone.

“I actually body shamed myself and it was because of the impression people made on me and the comment I was receiving from people. It all began when I was between the ages of 10 and 12, there was this moment I was talking to my mom and aunty, and my aunt passed a comment like ‘Eiiii, you are growing ooo won’t you hurry up and grow some breasts? It was so shaming. From that point, I couldn’t undress in front of my mum, because I was afraid she might think there’s something wrong with me, I wasn’t even comfortable around my sisters,” she said.

All ten and more students I interviewed for this piece told me they had experienced some form of body shaming.

But the saddest thing is the fact that there are no avenues for people to dealing with body-shaming to seek help. Most of the students rely on their friends who most at times don’t know what to say or how to help them.

According to Dr. Selassi Addom, a psychiatrist at the Korle Bu Teaching Hospital, extreme body shaming doesn’t only lead to depression, eating disorders but suicide, in the worst case scenario.

“Body Shaming can lead to emotional problems, like depression and anxiety and also eating disorder, body shaming can make people depressed to the point of suicide but most of the time it comes with other issues as well because people might have other social and emotional problems already,” she said.

Dr. Addom said psychotherapy can help people to deal with the adverse effects of body shaming, adding that it is important for people going through emotional stress to see a psychologist.

It is important to have broader conversations about body shaming which begins with how people talk about other people’s bodies on and offline.  Maybe, schools could train teachers to spot the kind of bullying that occurs in their classrooms.

Most importantly, people must know that what a person looks like should never be the centre of a funny post or discussion. People shouldn’t seek internet fame at the expense of someone’s emotions, value, self-confidence and self-love.