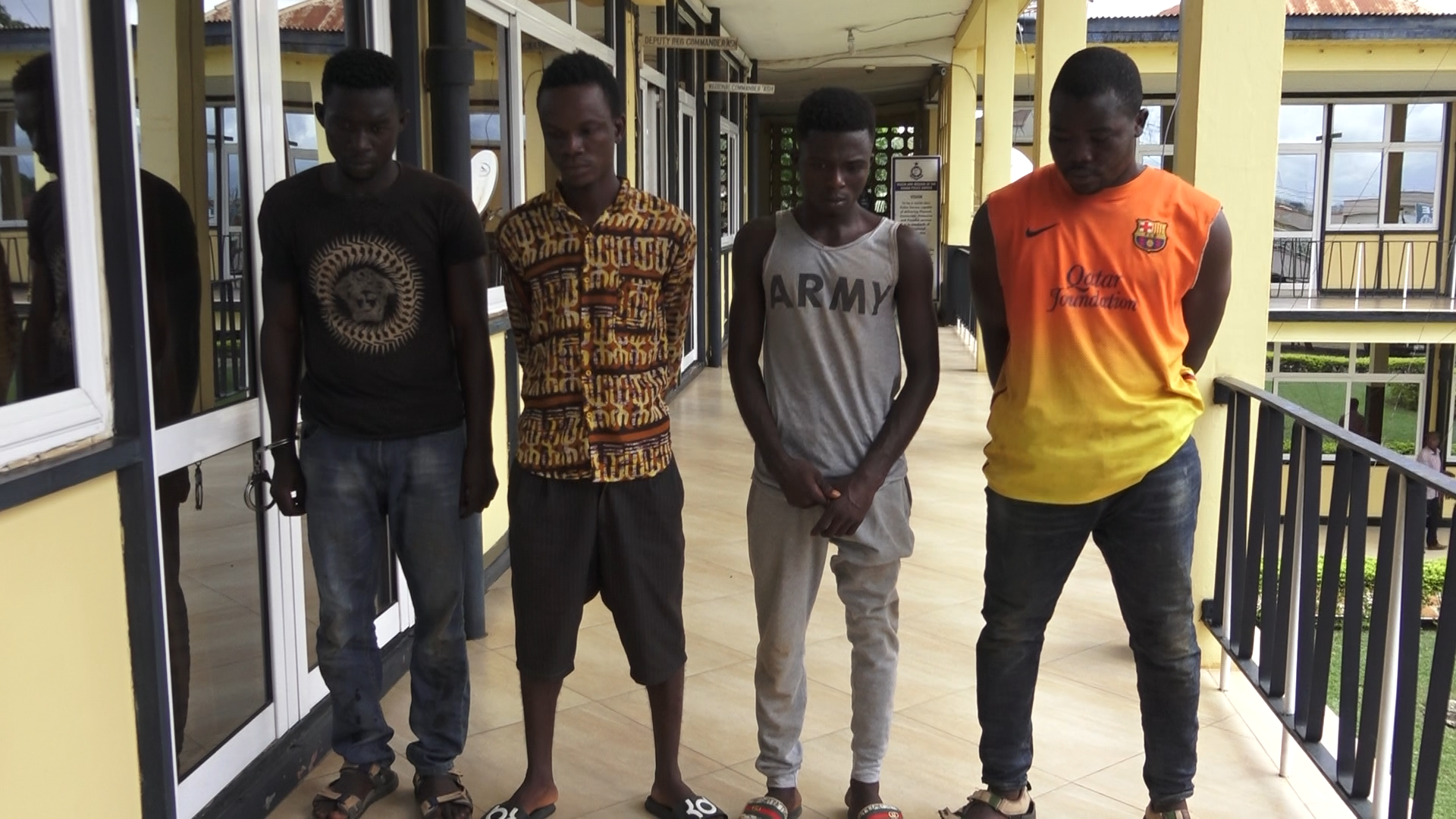 The Police in Jacobu in the Ashanti region have arrested four suspected armed robbers who allegedly operate at various mining sites under the guise of being military personnel deployed to the area.

According to the police, they had received several reports of activities of persons who have been invading mining sites to rob them. 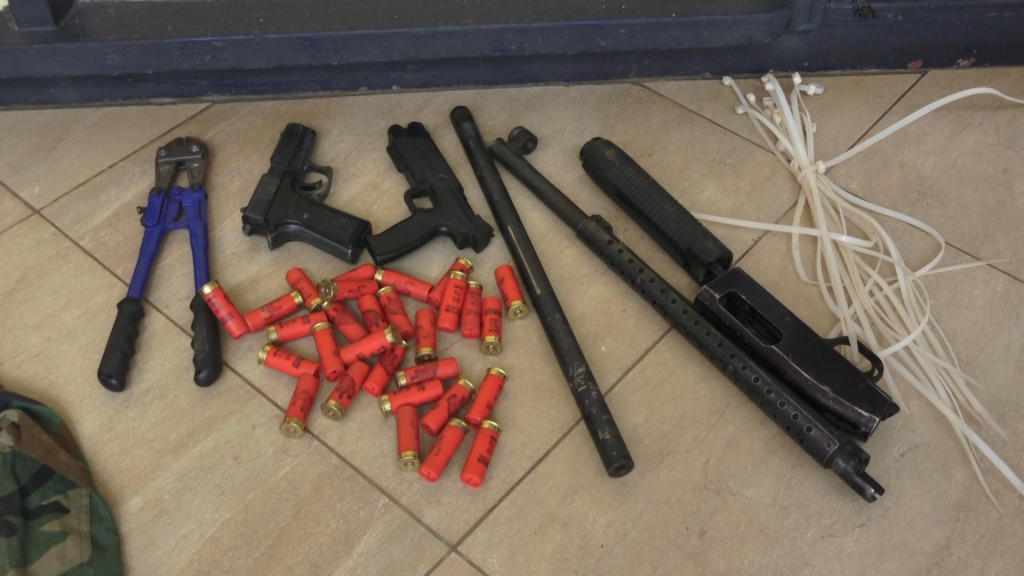 Speaking at a press conference at the Ashanti regional police command, the Jacobu District Police Commander, Supt. Abdulai Iddrisu said the police monitored their activities and eventually arrested them while engaging in an operation in the area in military uniforms.

“For some time now, the Jacobu district has been receiving information concerning the operations of armed robbers within our jurisdiction specifically the mining sites. Based on intelligence gathered, we went on patrol on the 23rd of June, that was last Sunday and we happened to meet these four guys in a taxicab heading towards a mining site ostensibly for a robbery operation. They were intercepted at a village near Jacobu”.

He further indicated that, after a search was conducted, two sets of military uniforms and other ammunition were found on them. 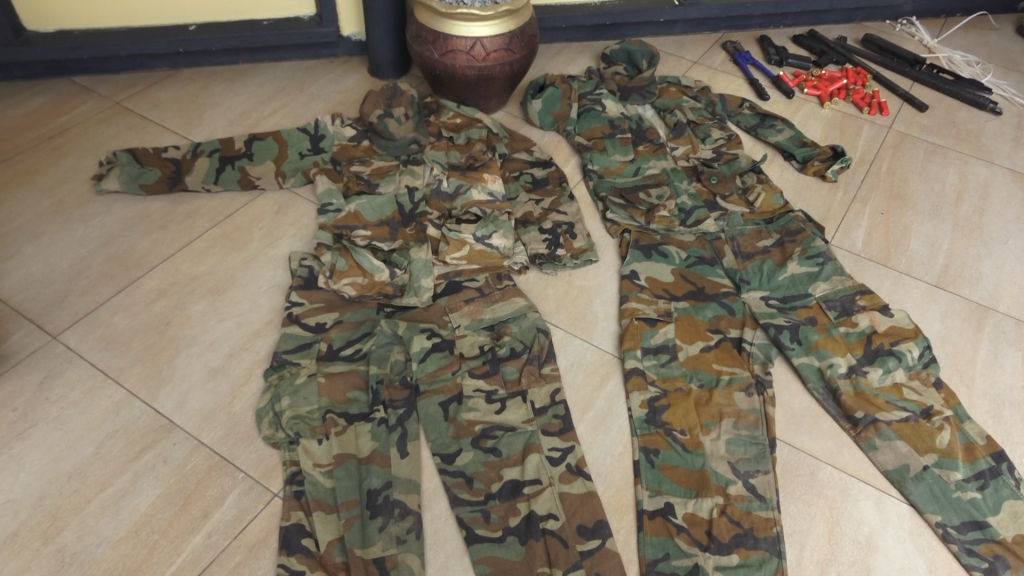 He added that one person is however on the run.

“A search was conducted. The search revealed two sets of army uniforms, one dismantled pump action, 17 BB live cartridges, number of disposable plastic handcuffs and a cutter that were set for the operation. These items were concealed in the inner apartment of the taxicab that they were travelling with. A further search was conducted in their abode and we were able to retrieve a pistol and one toy pistol too.” 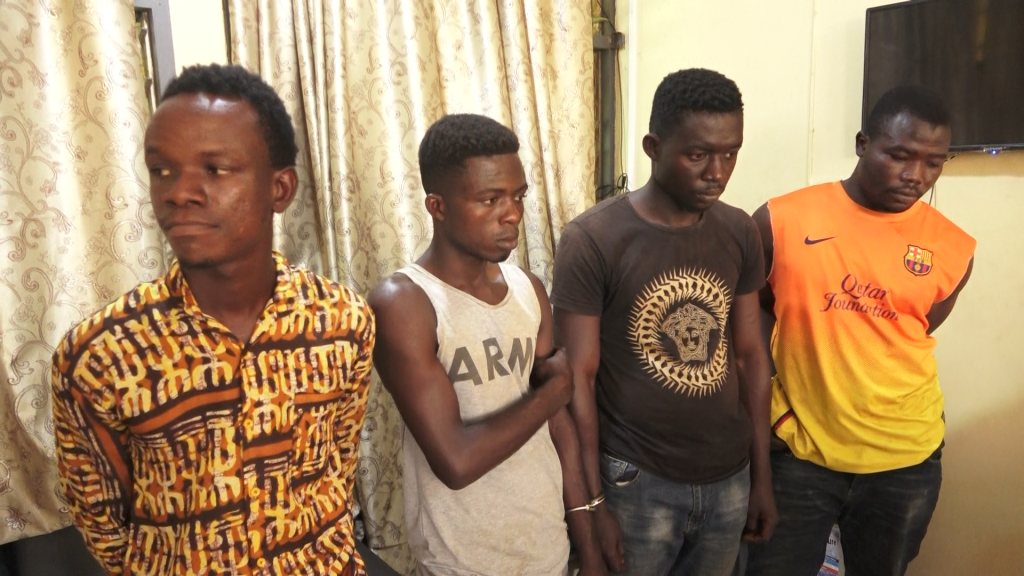 Supt. Abdulai Iddrisu said his outfit is almost done with investigations and the suspects are set to be processed for court soon.