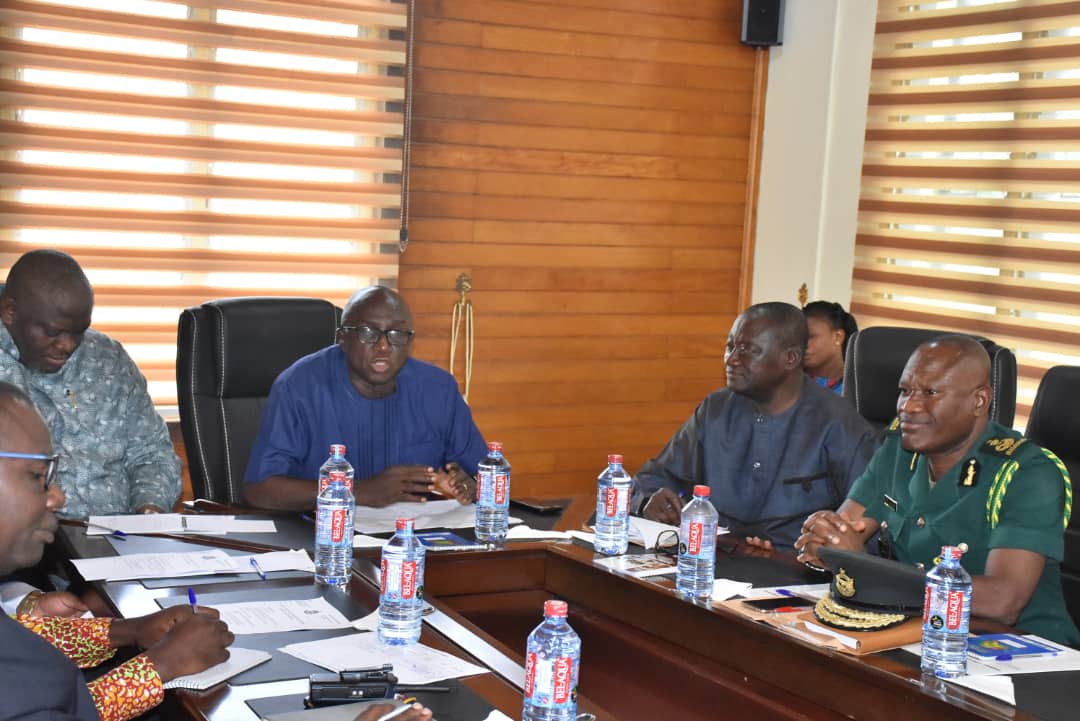 Plans are afoot to make the issuance of visas at Ghana’s Diplomatic Missions abroad the sole responsibility of the Ghana Immigration Service (GIS).

The Interior Minister, Ambrose Dery made the remark in response to concerns raised by the Immigration Service Council (ISC) when the latter paid a courtesy call on him.

He indicated that both the Ministries of Foreign Affairs and the Interior had concluded decisions on the approach.

The successful implementation of this decision, he said, would be in fulfilment of the Immigration Service Act 908 of 2016.

“However, the takeover of the issuance of visas from the Ministry of Foreign Affairs will be gradual and in phases,” he explained.

The minister said the GIS has the functional capacity and technical expertise to provide seamless visa services.

“Certainly, the issuance of visas at Missions abroad by an immigration body has been the standard practice across the globe,” he stated.

He averred that the growing terrorist threats in neighbouring countries were an indication of the crucial role the GIS had to play as the first line of defence, adding that, the recent attack on a church in Burkina Faso was a sign of changes needed in the dynamics of migration management.

The Minister, therefore, called on the GIS to step-up its role in intelligence gathering and the patrolling of the borders of the country.

He assured the Council of government’s commitment to equipping personnel of the GIS to be effective.

“Although there have been great improvement in infrastructure and logistics since H.E Nana Addo Dankwa Akufo-Addo took office as President, the government is still not content with the current state of affairs in the GIS, and so, plans are in place to provide the GIS not only with resources but also retool the GIS to meet the exigencies of the time in migration management,” he noted.

Ambrose Dery commended the GIS for the improvement in relationship and strengthening of collaboration with sister security agencies such as the Customs Division of the Ghana Revenue Authority and the Ghana Police Service. This he said would engender effective intelligence sharing among the security agencies to enhance the provision of security in the country.

The chairman of the Immigration Service Council (ISC), Dr. Edward Prempeh on his part, underscored the urgent need to arm personnel of the GIS to enable them to confront border crimes with needed ruthlessness. “The current situation at the borders poses a great risk without firearms,” he said.

He noted that the takeover of the issuance of visas at Ghana’s Missions abroad by the GIS would significantly improve on the monitoring and control of the current visa regime whiles contributing to national security.

He thanked the President and his government for increasing the Internally Generated Fund (IGF) of the GIS from 13 to 30 per cent and appealed to the government to hasten with the processes of the increment. “The 13 per cent was woefully inadequate, and so, it was heartwarming when the Vice President announced the increment to 30 per cent,” he noted.

He stated that with the increment in the IGF and subsequent provisions by the government to resource and retool the GIS would greatly boost the morale of personnel and enhance the internal security of the country.