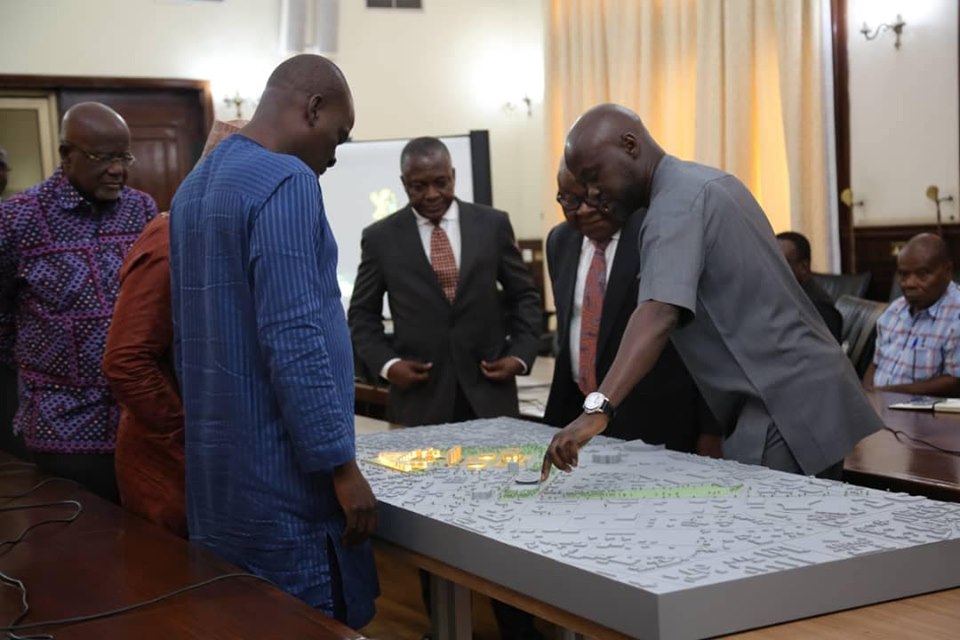 The Members of the Parliamentary Service Board on Friday received a model of a proposed new chamber for Ghana’s Parliament.

The proposed chamber will be a multi purpose building with amenities like a chapel, mosque, restaurant etc.

Famed architect, David Frank Adjaye,  renowned for many designs around the world and in Ghana particularly for the soon to be constructed National Cathedral was pictured taking the leadership of Parliament through the new design. 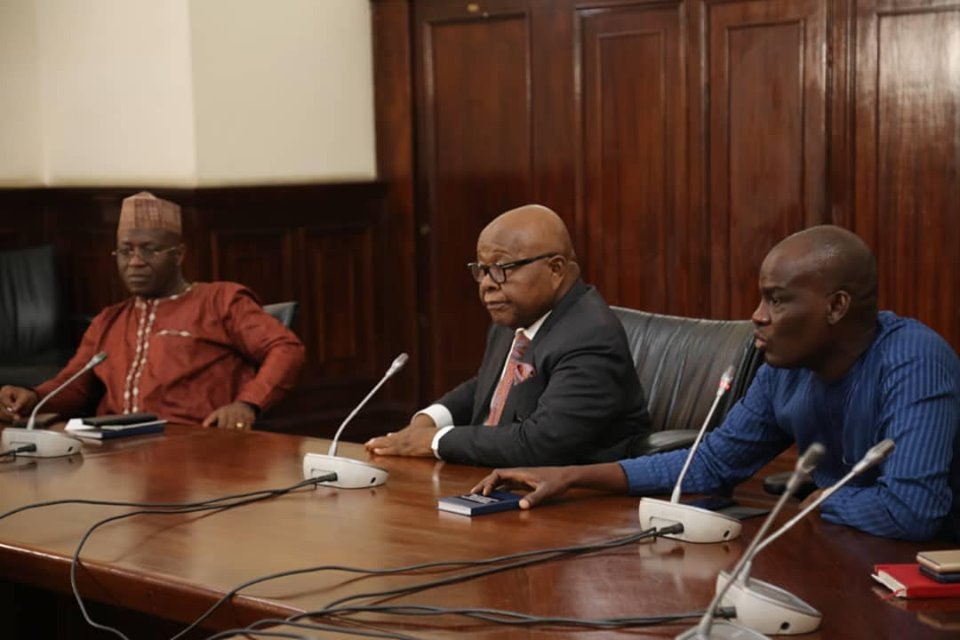 The Vice President, Dr. Mahamudu Bawumia in 2017 disclosed that  government was considering the construction of a new chamber for the legislative arm of government.

According him, the work of Parliament must not be interrupted considering the critical role it plays in the governance of this country.

Dr Bawumia made the announcement when he paid an unannounced visit to Parliament to assess the extent of damage to the building following a heavy rain that left the roof of the chamber of Parliament ripped off in January 2017. 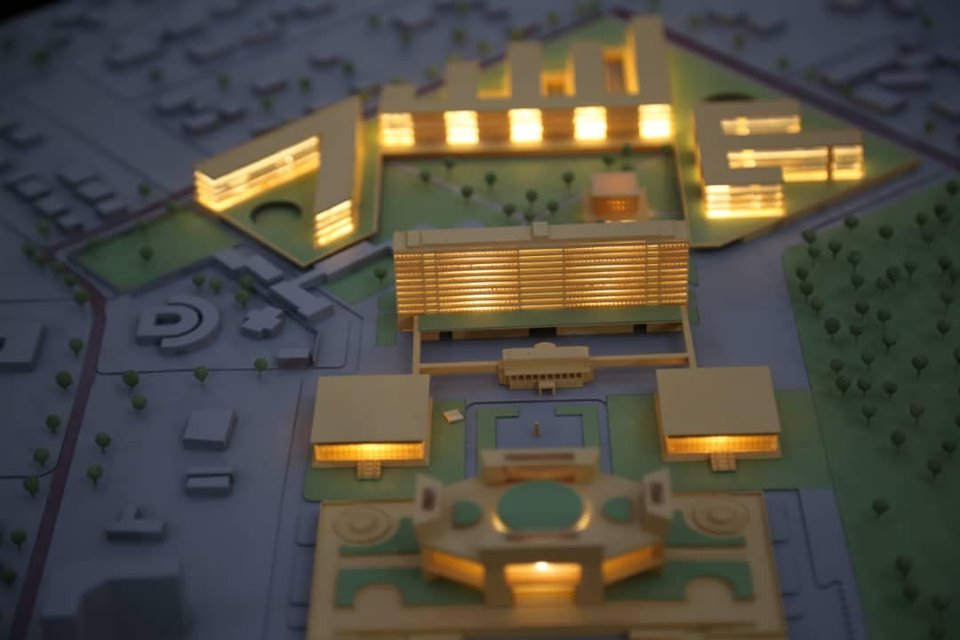 “Parliament, the legislative arm of government is key for this whole country and it is very important that the activities of Parliament are not interrupted,” he said.

The roofing sheets of the Parliament House were ripped on 31st January 2017 by a rainstorm that hit parts of Accra resulting in a leakage in the chamber, forcing the Minority members to go out in the middle of deliberation. 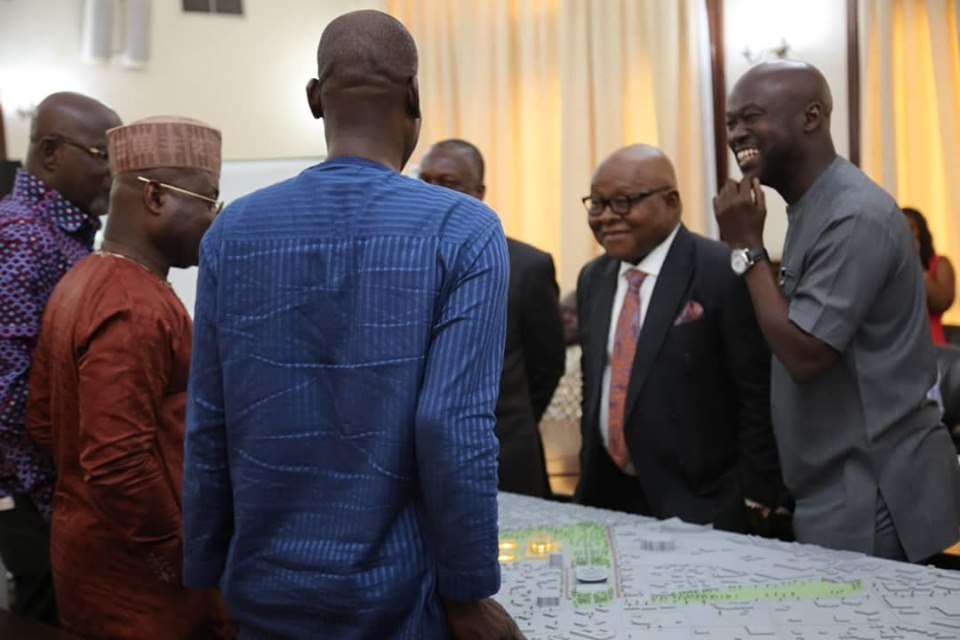 Some electronic gadgets installed in the chamber were left at the mercy of rain, as a few staff of Parliament were seen trying to salvage some important materials.

The Chamber of Parliament was renovated in 2014 after MPs complained of congestion, resulting from an increase of parliamentary seats from to 230 to 275.

The house while on recess between July and October 2014, underwent infrastructural adjustment to ease congestion and change worn-out facilities.

At the reconvening of the house in November 2014, the central air conditioning system of the Parliament had been changed with new chandeliers fixed.

Modern communication gadgets were also fixed to the table for each parliamentarian.

The old furniture was replaced with imported Chinese chairs. 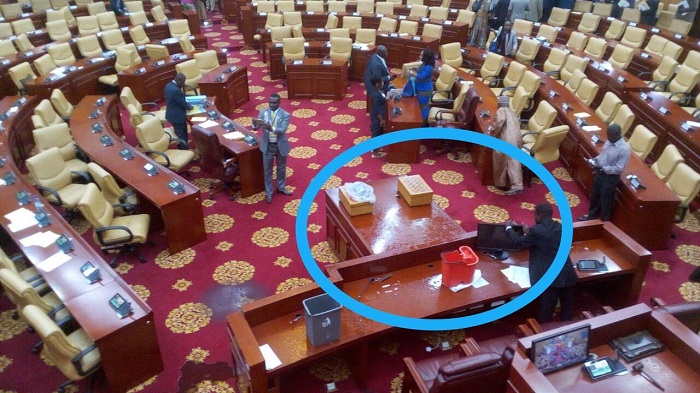