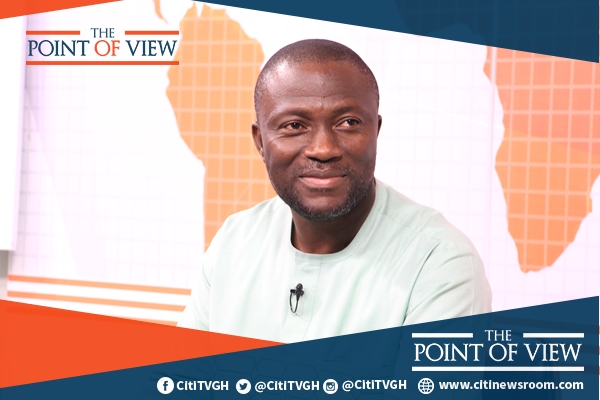 The Chief Executive of the Accra Metropolitan Assembly (AMA), Mohammed Nii Adjei Sowah has said President Akufo-Addo’s call for an attitudinal change by Ghanaians to end the perennial flooding in the country was in order.

He said the indiscriminate dumping of waste hampers the Assembly’s efforts in reducing flooding in the capital.

[contextly_sidebar id=”Nom2tr1tQudPShqxooLm7PWWZAyh65nl”]Speaking to Citi News’ Michael Ogbodu on the sidelines of the C4- waste financing workshop, the MCE indicated that to win the fight against flooding, the citizenry has to play a more active role.

“The President was spot on and he has made that point categorically clear. The attitude of Ghanaians is part of the problem and it is important for us to put those issues in the right perspective. I call on citizens because the country belongs to all of us and our responsible behaviour will lead to a sustainable environment.”

“Reckless and irresponsible attitudes will also set back the interventions that we are putting in the place. In every community, we have a waste management service provider in the area. So when you see someone who has kept rubbish in the house and comes to pour it out when it rains and they say there are no systems, which systems are they talking about? he quizzed.

The Government has come under intense fire for failing to address the flooding in major urban areas including the capital, Accra.

But, President Nana Akufo-Addo has said the surest way to addressing perennial flooding in Ghana is a change in the attitude of citizens.

He believes until Ghanaians change their attitude Accra and major parts of the country will continue to flood.

As an example, he noted how some people dispose of rubbish in drains.

‘‘Up till today, while the Odaw River is being dredged, some people think that the best way to dispose of rubbish is to throw it in the gutter. How do we stop flooding with this attitude. No amount of investment aimed at finding a solution to Accra flooding will work if our people continue this way. Let’s speak to our families at home, if we stop this habit we will solve this flooding in Accra,” he said.

An estimated 523 million dollars is needed to permanently deal with the perennial flooding in Accra and other parts of the country.

“We need a sum of 523 million dollars to further tackle the flooding problem. Cabinet will soon consider the financial engineering necessary in dealing with this long-standing problem which has been rocking the nation since Nkrumah’s days,” the Minister said.

Don't escalate Ghana-Nigeria tension with your reportage - Ablakwa to media