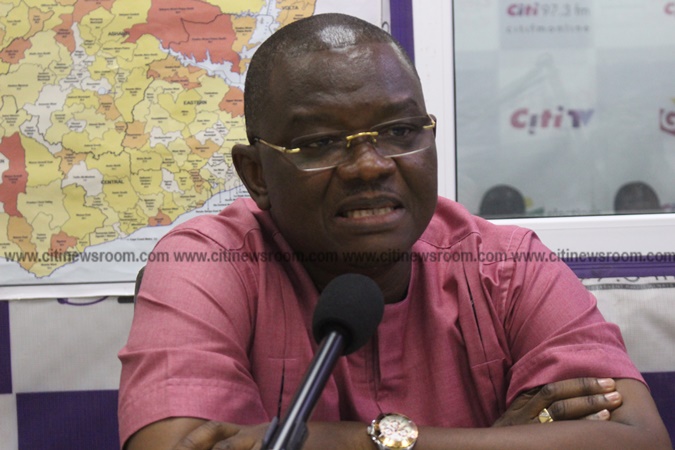 A leading member of the National Democratic Congress (NDC), Sylvester Mensah says the police’s continuous investigation of the National Chairman of his party, Samuel Ofosu Ampofo over allegations of kidnapping are misplaced.

Mr. Mensah who believes the National Chairman is innocent further described as ‘unimaginable and laughable’ the action by the police, adding that it is time the Criminal Investigations Department (CID) took serious steps on the matter.

[contextly_sidebar id=”taZvqtLGsVj2iSoPwdpiqGEYF67ktUAX”]Chairman, Samuel Ofosu Ampofo on Tuesday turned himself in to the police after a warrant was issued for his arrest.

It came after the opposition party claimed there were plans to arrest its chairman in a demeaning manner.

But speaking to Citi News, Mr. Mensah said the security agencies should begin focusing on the actual perpetrators of the crime and run the CID  like a professional and not a political body.

“Mr. Ofosu Ampofo is not a kidnapper. I think the police are looking at the wrong way and its a political gaze they are giving. It is unfortunate that we have allowed a professional body to degenerate into a political institution. The whole thing looks like a huge joke. Those who are kidnapping our ladies are all out there and we are looking at the wrong direction – the Chairman of the leading opposition party as the one involved in the kidnapping of our girls. But, this is how low our politics is sinking. It is unimaginable and laughable. It is very unfortunate and this is where we are today. Ghanaians can all see what is happening.”

Mr. Ofosu Ampofo is currently on trial for allegedly inciting some NDC faithful towards violent acts in apparent response to the violence during the Ayawaso West Wuogon by-election.

He was heard on a leaked recording allegedly sanctioning verbal attacks on some public officers like the Electoral Commission (EC) Chairperson, Jean Mensa.

The facts as presented by the prosecution in the case so far are that Mr. Ofosu Ampofo had outlined a road-map of criminal activities targeted at the Chairperson of the Electoral Commission (EC) and the Chairman of the National Peace Council among others

He is facing charges of conspiracy to cause harm and assault on a public officer.

Mr Ofosu Ampofo earlier refused to honour an invitation to report to the Director-General of the Criminal Investigations Department (CID) to assist in investigations into the recent spate of kidnappings and arson in the country.

According to the earlier invitation, some suspects had named Mr. Ofosu Ampofo during police interrogations.

Meanwhile, the NDC has called for calm among its supporters over Ofosu Ampofo’s recent troubles.

The party in a statement urged supporters to “await information on any course of action the party deems fit in the circumstances.”