Overhaul deceptive one village, one dam project – NDC to Gov’t 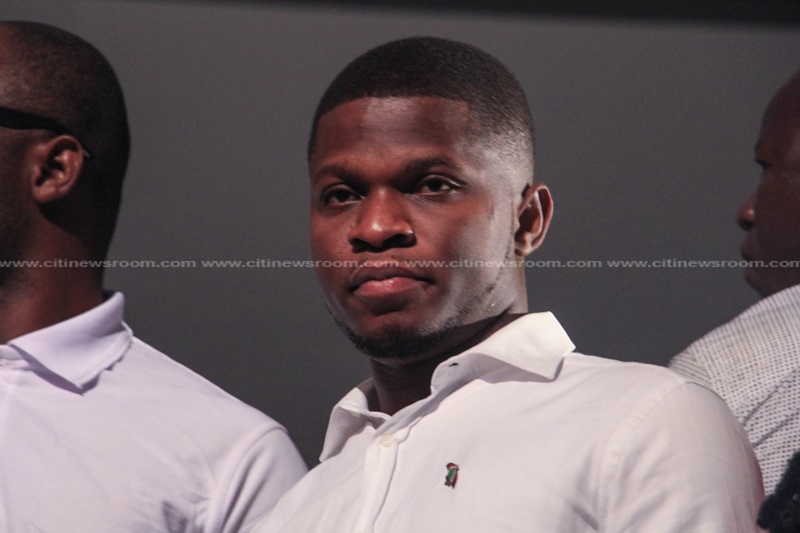 The opposition National Democratic Congress (NDC) is demanding a complete overhaul of government’s ongoing One-Village-One-Dam project, following reports of shoddy work in the construction of some dams under the project.

“We demand that government completely overhauls the ongoing deceptive 1V1D program and channels those resources into providing the real small-scale irrigation,” portions of a statement signed by the party’s  National Communications Officer, Sammy Gyamfi said.

There are concerns that the implementation of the policy has so far been poor.

Out of the 40, some residents have complained that the dams had either dried up or were not built properly.

President Nana Akufo-Addo in response to these concerns promised to investigate the development while the Vice President asked Development Authorities not to pay contractors working on the project if they fail to meet the specified standards.

The NDC however, believes the government is only seeking to “shift the blame” by holding “innocent contractors” accountable for the problem.

“We find this desperate attempt by government to shift the blame on innocent project contractors a shameful post-facto, face-saving gimmick,” the statement said.

“It is clear from the foregoing that, a huge financial loss is being caused the nation through the ongoing deceptive 1V1D initiative. It is against this backdrop that we consider it unfortunate for both the President and his Vice to be engaging in such sophistry. We expect President Akufo-Addo to for once, bring some candour to bear on this matter as the chief custodian of the people’s resources,” it added.

Below is a statement from the NDC

AKUFO-ADDO’S DECEPTIVE ONE VILLAGE, ONE DAM INITIATIVE- A CASE OF WILFULLY CAUSING FINANCIAL LOSS TO THE STATE.

The promise to construct a Dam in every village was one of the plethora of highfalutin promises made by President Akufo-Addo and the NPP in the run-up to the 2016 General Elections. Upon assuming office in 2017, the Vice President, Dr. Bawumia told Ghanaians that government was unable to immediately deliver the Dams, particularly in Northern Ghana where they are most needed, due to the onset of the rainy season.

Government subsequently made provision in the 2018 budget for the Dams, and pledged to construct 570 of them in the three regions of the north by the end of 2018.

However, one subject that has undoubtedly dominated discussions in the past few days is the poor quality of so-called One Village, One Dam projects constructed in the Northern part of the country. It has now emerged that in place of the small-scale irrigation Dams the NPP promised the people, what they have provided so far can best be described as dugouts or excavated ponds. In the Upper East Region for instance, government is said to have completed about 40 of these so called Dams (excavated ponds and dugouts) out of the 140 they were allocated in the year 2018.

Aside from the fact that these excavated ponds and dugouts are not serving any meaningful purpose, most of them have become death traps and continue to claim precious lives in the various communities they are located. Others have already been washed away by the rains due to the weak embankment walls constructed around them. The chiefs and people in some of these communities have not hidden their frustration at these poorly-constructed “Dams” which in actual fact, amount to a betrayal of their trust.

It has become abundantly clear that the One Village, One Dam policy was one of the deceptive promises of President Akufo-Addo, intended for electoral gain and not really meant to be fulfilled. It therefore comes as a surprise to us that this same President Akufo-Addo is promising to investigate complaints over the quality of “Dams” constructed under the 1V1D program, whilst the Vice President is said to have also ordered that payment to some contractors be halted over shoddy work.

We find this desperate attempt by government to shift the blame on innocent project contractors a shameful post-facto, face-saving gimmick, and demand that government provides answers to the following pertinent questions:

1. What are the specifications and cost of the so-called 1V1D projects as awarded?

3. Why have some contractors been paid for work done, if indeed they failed to deliver according to project specifications as claimed by government?

From our meticulous study of some of the 1V1D Contract documents, it is clear that the Akufo-Addo government asked for excavated ponds/dugouts and not Dams. Therefore, this old-fashioned ruse that is being employed by the President and his government to absolve themselves of blame will not wash.

One does not need a special expertise to decipher that, given the cost of a 1V1D project (GHS256,000), it is obvious that the contracts were awarded for the construction of excavated ponds/dugouts and not Irrigation Dams. This fact is amply evident in the Bill Section of some of the IV1D contract documents we have sighted.

In any case, how come not even one contractor has delivered anything close to a small-scale irrigation Dam, if indeed, that was what the Akufo-Addo government set out to do? Could all 1V1D project contractors perpetrate a fraud on us as the government would have us believe?

It is clear from the foregoing that, a huge financial loss is being caused to the nation through the ongoing deceptive 1V1D initiative. It is against this backdrop that we consider it unfortunate for both the President and his Vice to be engaging in such sophistry. We expect President Akufo-Addo to for once, bring some candour to bear on this matter as the chief custodian of the people’s resources.

As has been revealed by investigations by media stations such as A1 Radio in Bolga and Joy News, and confirmed by the Chiefs and People of communities where these so-called Dams are located, it is clear that the ongoing 1V1D program is not serving any meaningful irrigation purpose, hence it’s a complete waste of the Public purse. In the circumstances, we demand that government completely overhauls the ongoing deceptive 1V1D program and channels those resources into providing the real Small-Scale Irrigation Dams it promised the people of Ghana.

Mr. President, you promised us Dams and Dams you must deliver.