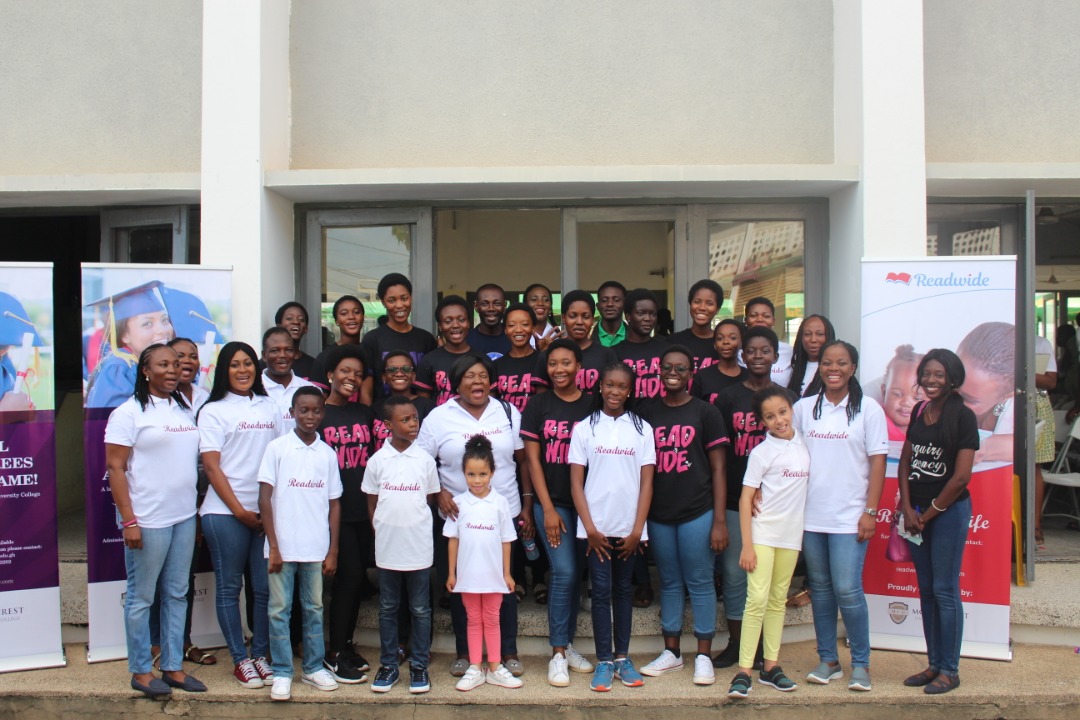 Book publishing and distribution company, Readwide Limited in collaboration with Mountcrest University has initiated a campaign dubbed ‘Read for Life” to promote reading among Ghanaians, particularly students and pupils.

The five-year nationwide campaign, which was launched at the Wesley Girls’ High School in Cape Coast, also aims at encouraging children in Ghana to build their personal libraries of at least 20 books by the end of the year 2020.

According to the organisers of the campaign, the personal library initiative will be implemented through the “Library2020 Project” under which young people who do not have access to books will be given some books to instill in them a strong reading culture.

The Read for Life Campaign and the Library2020 Project will run concurrently in partnership with schools, parents, the government, the media and the private sector.

Each month, selected books will be announced for the reading pleasure of patrons of the “Read for Life Campaign” and a competition will be held to pick the best readers for special awards.

Two books – “Changes” and “Miss John” have been selected for the month of June and readers are encouraged to take photographs of themselves reading and then post the pictures on social media under the hashtag – “#Get Caught Reading” – to create more excitement around the programme. The campaign will be activated in various parts of the country in the coming months.

Active members of the Readwide clubs, who excel at the West Africa School Certificate Examination (WASCE) will get scholarships to study at the Mountcrest University College.

Ms Adwoa Asiedu, Head of Corporate Affairs, Mountcrest University College (MCU) pledged the school’s commitment to the campaign, saying MCU had introduced a “Learning for Life for All” policy as part of which it has instituted a tuition fee rebate of up to 50% for all students who were admitted during the recent intake in March 2019 for law programmes, covering Regular, Evening and Weekend groups.

The Chairperson for the launching ceremony, Ms Barbara Mark-Wardy, who is also the General Manager of Readwide Limited, encouraged Ghanaians in general and students in particular to read widely to acquire practical knowledge for better living.

Mrs Irene Ansa-Asare Horsham, Director, Readwide Limited, who launched the campaign called on all Ghanaians to support the crusade to promote positive reading habits among the citizenry, pointing out that, “We will not succeed in this drive unless we all get involved”.

“The first cluster of Readwide clubs were established in Cape Coast in the late 1990s at Holy Child School, St. Augustine’s College, Mfantsipim School, and Wesley Girls’ High School and these clubs are still active, as are about 60 others around the country,” she observed.

The Readwide team also visited the Holy Child School to witness a handing over ceremony at which the Old Executive of the school’s Readwide Club handed over the baton of leadership to a new one. The Coordinator of the ‘Read for Life’ Campaign, Mrs Emefa Agyeman presented special prizes and certificates to deserving members of the club.

The Patron of the Holy Child School Readwide Club and English Teacher, Mr Mawuli Bensah urged the students to use the lessons they learnt in books to help solve society’s numerous challenges.

He pointed out to the students that reading widely could also help them to make sound career choices and improve their public speaking skills.

“Internship with Readwide and the Read for Life Campaign can also open doors for you in the future as you get to meet many professionals who will expose you to many career choices,” the patron said.