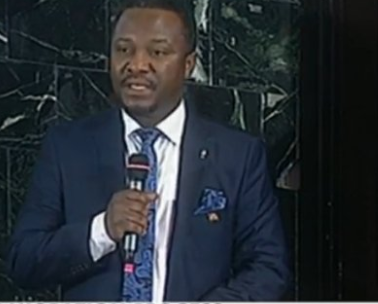 The Ghana Independent Broadcasters Association (GIBA), is strongly opposed to moves by the government to slap charges on TV audience for access to free-to-air television channels.

A draft policy being pushed by the Communications Ministry and its regulating agency, the National Communications Authority, NCA, seeks to regulate broadcasters when the country fully migrates from analogue television broadcasting to a digital transmission platform.

However, an Executive Council member of GIBA, Prince Hari Crystal, has said the government has no business restricting access to Free to air channels as authorized by law.

He was speaking at a stakeholder forum held on Thursday.

“GIBA is strongly opposed to the proposal to implement a conditional access system to digitize terrestrial television platform which has been set up primarily to deliver free to air television services to the public.

The Ministry must not charge viewers to pay a digital access fee to enable them to watch free to air television when in fact it is broadcasters who will be paying for transmission services on the digital TV platform and which requires more viewers for the sustenance of the free to air TV business as classified by the NCA.”

The migration from analogue to DTT involves a process in which the transmission of television broadcasting signals using analogue technology is replaced with digital technology (“digital migration”).

Ellembelle: Stop cutting down mangroves to save depleting fish stock – DCE to fishmongers

Ellembelle: Stop cutting down mangroves to save depleting fish stock - DCE to fishmongers