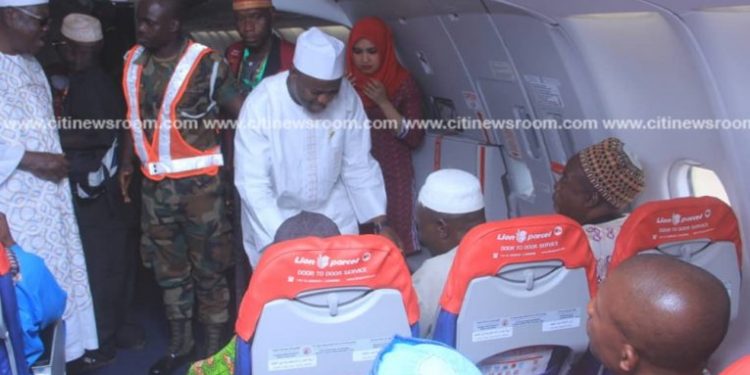 The first batch of Hajj pilgrims leaving Ghana for Mecca in Saudi Arabia has taken off at the Tamale Airport.

A total of 2,800 pilgrims are expected to participate in this year’s Hajj pilgrimage from the Northern part of the country.

The Pilgrimage Affairs Office of Ghana (PAOG), in collaboration with Hajj Agents Association pegged this year’s Hajj pilgrimage fare at GH¢19,500, an equivalent of $3,500 dollars.

PAOG has, however, indicated that the new fare could have been higher but for the intervention by the government to make it affordable for more people to perform the Hajj.

It had allotted 6,000 slots for this year’s pilgrimage.

Would-be pilgrims have been warned against dealing with “roadside agents” who promise pilgrims protocol slots.

The Chairman of the Hajj Board, Sheikh Quaye has also stated that pilgrims performing the Hajj more than once should pay a penalty of GH₵2,000 payable before a visa acquisition, as directed by the Saudi Government to prevent multiple performances of Hajj.