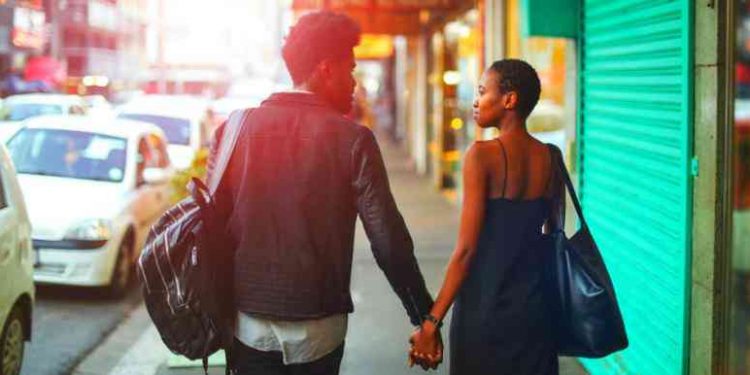 Successful marriage don’t start with love … they END with it.

Matchmaker Hellen Chen once stated that she thinks we’re spending too much time dating. If you really want to get married, Chen says, you should simply commit to marriage and let romance happen later.

According to her, dating is a recipe for heartbreak, and marriage should come first. And strange as it may seem, she may just be on to something. Chen says she’s seen too many people date for two, three, even five or more years, and then break up.

If you spend too much time dating, you’re bound to get crushed instead of falling in love. Her marriage advice is that you need a spouse to achieve true happiness and freedom. When you have someone and something to come home to, only then will you experience freedom like you never have before.

In her world, the barrier that separates two single people poses the problem, so if you just get rid of that and get married, well, apparently, problem solved.

Be warned, singles looking to mingle: Chen’s advice on marrying before “dating” each other is bound to strike you as odd, if not out-and-out preposterous. After all, how do you find the person you want to marry if you don’t date first?

While I haven’t experienced her matchmaking style directly, she’s not expecting you to book a chapel on the first date. That said, her message is clear: Stop nitpicking every date to death and finding reasons not to commit to someone.

Stop wasting years and years in relationship limbo, cohabitating with someone you’re not sure about. If you want a happy relationship, you have to settle to some degree. So, stop all this nonsense and just get married already.

Before you go dismissing Chen as some out-of-touch relic, remember that what she’s advocating isn’t much different from what Lori Gottlieb dared to suggest in the book Marry Him: The Case for Settling for Mr. Good Enough (and the notoriously polarizing Atlantic article of the same name that went viral).

Gottlieb warned us that we’d live to regret the day we let that nice guy, with the receding hairline or questionable spelling, get snapped up by the woman willing to overlook his superficial flaws. If you find something wrong with everyone, you’ll end up past your prime with fewer men to choose from.

She made her point, reached a lot of people, and perhaps humbled more than a few women into solid marriages they might otherwise have missed. (Did Gottlieb herself ever settle? Word on the street, says Melanie Notkin in her book Otherhood, is that she has not.)

In his book The Paradox Of Choice, psychologist Barry Schwartz illustrated the theory that too many options tend to confuse people, breed anxiety, and lead to a kind of paralysis when it comes to making decisions. An abundance, or even a perceived abundance, of partner choices may actually prevent you from choosing just one. After all, a better partner might be just around the corner.

Dan Slater, author of Love in the Time of Algorithms, believes that online dating even poses a threat to monogamy, or at least happy monogamy. If you know there are other potential mates out there, why would you put up with characteristics you don’t like in one person?

And yet, putting up with all of your partner’s flaws is exactly what you must do, says Chen. That’s the job!

She makes it clear that this is precisely what you’re signing up for, but the payoff is worth every last quirk. Either you marry someone now and start creating a home and a life, or continue to pointlessly date and end up “homeless and loveless” (her words, not mine!).

So, here are three reasons why her “marry first, date each other after” approach makes sense.

1. Marriage requires serious compromise (and always will)
Anyone who wants a specific thing must make some compromises to get it, whether it’s something material like a fancy apartment, or something more spiritual like a spouse. And this isn’t even just about marriage. If you want sex without a relationship, you can have it, but you’re still making a sacrifice; you risk not having a supportive bond.

If you want a marriage more than anything else, you can do that, too, provided you’re willing to do away with the impossible standards and endless dealbreakers you’ve clung to in your search for Mr. Perfect… who doesn’t exist, by the way. In other words, you must have the willpower to commit first and then love second.

After all, it’s only (fairly) recently that we demanded the whole package — true love, an intellectual match, perfect partner, and best friend forever.

As Stephanie Coontz taught us in Marriage: A History, for most of recorded history, love was a pretty fickle reason to get married. Marriage was more about creating a family unit and a stable life, which is why today, with so many couples marrying for love alone, so many of us are leaving in droves.

2. Arranged marriages could actually work
You know where I’m going here, right? Because what Chen is essentially telling you to do is perform your own arranged marriage. And you can decide to do it now. If what you want is a committed, long-term bond, then maybe this is the way to go.

It’s estimated that 55 percent of the world’s marriages are arranged, 90 percent of which happen in India. The divorce rate, as you probably know, is roughly 50 percent in this country. Guess how many divorces result from arranged marriages? Four percent.

That’s not because people are happier elsewhere or don’t suffer the same emotions or experiences that all couples do. It just means the ones who enter into arranged marriages don’t do so with the same expectations as others do.

They kind of say, “He’ll do,” and let the bond form over time. Then, love grows. Certainly not in all cases, but a lot more than you realize. Full lives, children, and a summer home can all be yours, too.

Do countries where arranged marriages occur have a history of oppressed women, though? Yes. Have women historically been treated as chattel, a bartering chip for securing land, power, and influence? You bet. Do I like the idea of women not being able to choose? Of course not. In a first-world country, you can choose. You just aren’t.

As a non-wed woman (currently in a relationship) who never had the real drive or compulsion to get married, it’s ironic to admit that I’m squarely behind this argument. I realize that, but I am.

While we all want to feel loved and connect with someone, we don’t all need to, nor should we all be, married. But if you do want to get married first and foremost, well, Chen’s way makes a lot of sense.

3. A successful relationship is something you must work hard at
Here’s where our cultural expectations get the best of us. We fall under this spell from a fairly young age, believing we should just have something magical — true, everlasting love. We think it’s our God-given right and fairy tale romance should happen. Then, we’re so beside ourselves when it doesn’t happen the way Disney said it would.

In what other area of your life would you expect something like that to just materialize because you’re entitled to it? You don’t assume you “deserve” a CEO position if you’ve never held an office job, right? You don’t just walk into a company with no relevant experience and say, “I’ll take that job up there in the corner office.” When they deny you, you stomp out in a huff and complain there are no jobs out there.

Of course you wouldn’t do that, but that’s exactly what women (and lots of men) do when it comes to relationships. I realize corporate hierarchy is a limping analogy, but you do want the job, so to speak. And if you want marriage and to live a married life, you have to start with what’s available and commit to making the most of your life.

I’ll admit, the idea of “dating” the person you married is appealing. It’s enough to make me wonder if we waste all the good stuff while we’re courting and then bore ourselves to tears after we exchange vows.

Chen may have found the secret to marriage. Imagine if the good stuff wasn’t the appetizer, but the main meal. Think of how differently your romantic life would be if you could enjoy all the sexy fun of dating without wondering “where this is going,” because you’re already there.