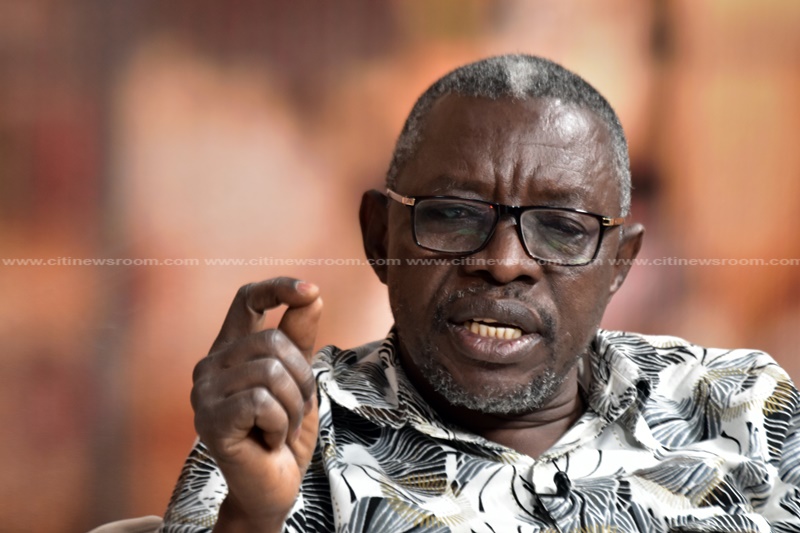 The Principal of the College of Languages Education at the University of Education, Winneba (UEW), Prof. Avea Nsoh has likened the way in which Prof. Anthony Afful-Broni assumed office as Vice-Chancellor of the institution to a coup d’état.

His comments come after what appears to be a failed mission to ostensibly announce and put dismissed Vice-Chancellor, Prof. Mawuotor Avoke back into office.

Prof. Nsoh was part of a group that stormed the University on Tuesday to announce Prof. Avoke’s takeover of helm of affairs at UEW.

Speaking on Eyewitness News, Prof. Nsoh said “what Afful-Broni and co. did two years ago was a coup d’état. When Avoke and the others left office, there was no issuance of any document to them to leave the office. It was only a court service, that they have been restrained from acting in office. At that time, he was in court restraining people from taking his position and during that time, someone now sacks him. I mean, it is not acceptable anywhere. This is straightforward.”

When host Umaru Sanda Amadu asked why his ‘camp’ failed to act within the law in their quest to recapture power for Prof. Avoke, the Principal claimed that they did nothing wrong.

“Even from the very time he was taken off, it was not done properly. So with that exit, he could legally come back to his position. Also, Prof. Avoke himself held a press conference in June based on the EOCO report which completely exonerated him and the others who were implicated in the case. In fact, he has insisted on that innocence throughout. He has been exonerated of what he was accused off by an officially recognized anti-corruption organization (EOCO), so he just decided to walk back into his office. I don’t think there is anything unusual about that.”

Meanwhile, the University has reiterated its position that Prof. Avoke and the other officers have been dismissed; and are longer part of the academic community.

Registrar at UEW, Ernest Azutiga who also spoke on Eyewitness News maintained that, the school will not sit aloof for these individuals to engage in any illegal activities on its premises.

“As far as we know, they are dismissed staff of the University. They have no rights to enter certain places within the university. Even though the university is a public place, they cannot come in and transact whatever business they want, and there are certain places that are out of bounds for them. Places like the council chamber where they were going to have the press conference without notifying the university that such a thing was going to happen was unlawful and weren’t going to allow that.”