Apple unveils 20 Of 59 new emoji For World Emoji Day, including one you’re going to use non-stop 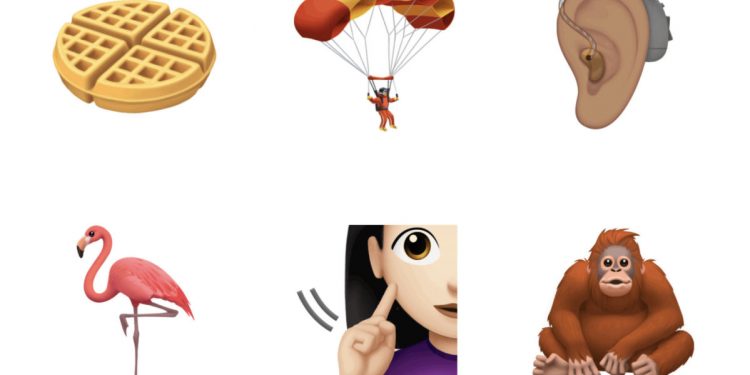 Another World Emoji Day rolls around and as usual, Apple has previewed some of the new emoji it has scheduled to go live later in the year.

The Cupertino giant designs classy, appealing emoji that catch the eye and work because they both convey their essence instantly but also have depth and elegance which repay repeated views. Stylish, colorful and detailed are key attributes of the classic Apple emoji.

Now, just in time for World Emoji Day which this year falls on July 17 2019, Apple has unveiled a score of the new emoji which will become usable this fall. There will be 59 new emoji in total including a new smiley face emoji which we’ll come to in a moment. It’s one that I confidently predict you’ll be using a lot.

Here’s everything you need to know about the new emoji.

When are the new emoji released?

Apple’s saying this fall. That means they’ll be around when iOS 13 goes live in all likelihood. Though in the past new emoji have appeared in late releases rather than early ones, so they could appear in an update to iOS 12, even. Which is good news if you have an iPhone 6, for instance, which is not supported by iOS 13, and you take a fancy to the new images.

Apple says the new emoji will come in a software update and will be available on Mac and Apple Watch as well as iPhone and iPad. So, that’s macOS and watchOS updates as well as iOS.

Apple’s take on emoji is just what you’d expect, detailed, precise and original. Sometimes they even have too much detail, like the vomiting face emoji from 2017 where green flecks provided a little more reality than was required. Sorry to have brought that up again (see what I did there?).

It’s hard to believe it wasn’t there already, but there was no yawning face. Well, there were several with mouth open and eyes shut, sleeping or sleepy faces or just fed up, but not quite apposite to the yawn. Oh, joy, our email and message conversations can be filled with people letting each other know with unmissable directness that they’re being boring.

It’s a very good emoji, by the way. Look at the turned-down, near-closed yes, the perfect circle yawn that indicates ultimate boredom or tiredness and matches the circular face around it. Honestly, I’m catching the yawn from just looking at it.

Please can we introduce some emoji etiquette here? Maybe along the lines of only using it to say you’re actually boring yourself now, unless to convey you’re yawning because you’re dog-tired.

So, what are the others, exactly?

They include a perfectly aerodynamic parachute with pleasingly gaudy stripes, lots of skin-tone and other variations for holding hands and a solid, golden-yellow slab of butter. Here are the other new emoji, arranged by category.

Apple has gone big on disability themes this year. In a statement, the company said:

“Celebrating diversity in all its many forms is integral to Apple’s values and these new options help fill a significant gap in the emoji keyboard.”

Many of the disability-related emoji were actually proposed to Unicode by Apple and early versions of these were analyzed by Forbes contributor Amit Chowdry.

Almost without exception, the new versions now have subtle improvements since they were first glimpsed, like the subtle detail on the hearing aid connector, or the angle of the cane used by a person with sight issues. Typical Apple to not be able to leave something as it is when there’s a chance to improve it, even if most people don’t notice the difference.

There’s a prosthetic arm and a prosthetic leg. Only one version of each but they look so, well, bionic, it’s enough.

Well, holding hands is lovely, isn’t it? So, why not add five dozen emoji versions to it?

That’s what Apple has done, with same-sex and opposite-sex pairs in variants of skin and hair color. Men can have mustaches or not, different colored hair and skin. But all, it seems, are consigned to wear bland-colored pants which are just a little too short. In all, there will be more than 75 possible combinations.

It’s true, there are always animals you can’t find in the current emoji palette. So, it’s time to welcome a frankly adorable sloth, which you will doubtless use to taunt friends who are habitually slow or tardy.

The orangutan conveys both cuddly approachability and eyes-round-with-wonder curiosity. There’s a skunk which is elegant and imposing, though that raised tail tells you it’s ready to scent if there’s any funny business.

I really like the flamingo with its look-at-me elegant one-legged stance. And there’s a guide dog that appears eminently trustworthy and intelligent. Just look at the front of the harness, that little air gap in the emoji at the top of this post shows it’s not even pulling.

It’s always, I suppose, good to have more pictures of foodstuffs. The garlic will be useful for conversations about vampire deterrents, for a start. The ice cube looks decidedly refreshing and the butter solid and inviting. The delicately proportioned waffle may make what’s actually on your plate look imperfect. The falafels, below, on a bed of humus, look almost mouth-watering, if a shade too green inside, perhaps.

A one-piece swimsuit and a safety vest are among new items of clothing, and in activity we’re promised a yo-yo, a kite and a musical instrument or two.

The range of emoji will continue to grow. I’m personally looking forward to a smiley face that says, “It’s not that I’m unimpressed with what you’re saying, it’s just I know you can do so much better.” Or how about the dodo? Apparently, that’s been proposed for 2020. I could get a lot of use out of that one.