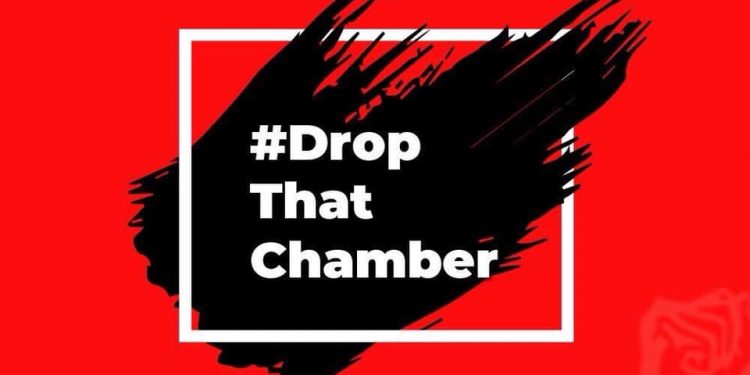 Organizers of the planned DropThatChamber demonstration have suspended the protest.

This follows Parliament’s written statement to announce the shelving of the proposed construction of an estimated $200 million parliamentary complex.

The group’s demonstration was to impress upon parliament to back down on the plan which they said was not a priority.

The convener of the group, Rasheeda Adams, told Citi News that Parliament’s statement that the planned construction has been put on hold is not satisfactory.

In a statement, however, she said the planned demonstration has been suspended.

“Following the suspension of the Parliamentary enclave project, the #2millionMarch movement will like to inform the general public, that our demonstration slated for Saturday, July 13, 2019, has been suspended.”

She noted that the movement will continue to monitor the activities of parliament and will mobilize again to stand against the plan should parliament bring it up again.

“We welcome the suspension with caution and remain vigilant and steadfast in our commitment to demand accountability from our government and leaders. Should Parliament make any attempt to implement this project in the future, at a time citizens deem inappropriate, we shall once again, come together and make a stand against it,” the group said

The group, Economic Fighters League, that has also been pushing the #DropThatChamber campaign, said it wants the legislative body to completely cancel that idea.

After heightened opposition by many Ghanaians to the idea, Parliament on Monday put on hold plans to put up the 200 million dollar 450-seater capacity complex.

The leader of pressure group, Economic Fighters League, Ernesto Yeboah who is part of two people arrested and dragged out of Parliament last week for chanting ‘drop that chamber’ during parliamentary proceedings said they will continue to protest to get the chamber complex project totally cancelled.

Mr. Yeboah said they expect a much more solid assurance from parliament on the matter.

“Putting it on hold, so that it is brought back? We want it dropped. We don’t even want them to discuss it. The very idea that they are discussing it is the reason why we are angry as a people because it insults our intelligence and it shows leadership that has misplaced priorities and a leadership that is insensitive to the plight of its people.”

Meanwhile the Member of Parliament for Kumbungu constituency, Ras Mubarak has said he is happy at the turn of events but says he does not expect the discussion to resurface anytime soon.

He said he is optimistic that the House will not raise the matter at least in the next ten years.