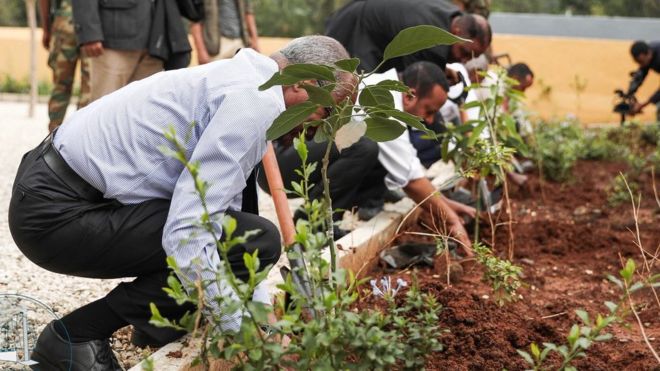 Ethiopia has planted more than 350 million trees in a day, officials say, in what they believe is a world record.

Prime Minister Abiy Ahmed is leading the project, which aims to counter the effects of deforestation and climate change in the drought-prone country.

Some public offices have been shut down to allow civil servants to take part.

The UN says Ethiopia’s forest coverage declined from 35% of total land in the early 20th Century to a little above 4% in the 2000s.

Mr Abiy launched the tree-planting exercise as part of his Green Legacy Initiative, which is taking place in 1,000 sites across the country.

Officials were assigned to count the seedlings being planted by volunteers, reports BBC’s Kalkidan Yibeltal in the capital, Addis Ababa.

Ethiopia’s Minister of Innovation and Technology Getahun Mekuria tweeted that more than 350 million trees were planted in 12 hours:

The aim is to plant a total of four billion indigenous trees.

Promotional videos have run on state media urging the public to plant and care for trees, our reporter says.

Staff from the United Nations, African Union and foreign embassies in Ethiopia have also been taking part in the exercise. 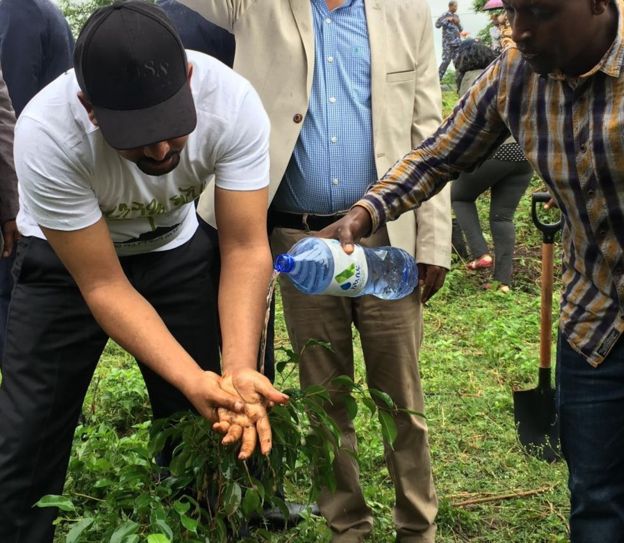 The current World Record for planting trees in a single day is held by India, which used 800,000 volunteers to plant more than 50 million trees in 2016.

Critics of Mr Abiy say he is using the campaign to distract the public from the challenges his government is facing, including ethnic conflicts which have forced some 2.5 million people from their homes.