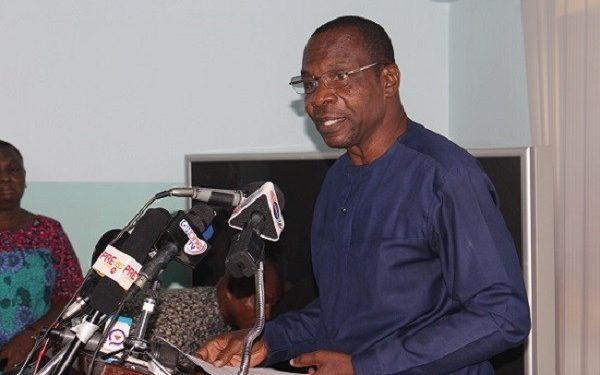 The Northern Region chapter of the Ghana Journalists Association (GJA) has launched its maiden awards event in the Northern Regional capital, Tamale, with a call on journalists to use their platforms to advance the course of development in society.

The regional awards which is the first of its kind in the region forms part of activities to mark the 70th anniversary of the GJA.

The theme for the upcoming award is “promoting peace in northern Ghana, the role of the media”.

Abdul Majeed Yakubu, the Vice-Chairman of the Northern GJA chapter in his welcome address pledged the media’s support in maintaining peace.

“The regional chapter will explore every available means to assist stakeholders in the region to consolidate the current peace that we are enjoying.”

He further noted that, though no reportage of any journalists has ever sparked any conflict, confusion and anarchy in the region, it still behoves on the media to maintain peace through objective and impartial reporting.

The Northern Regional Minister, Salifu Sa-eed, who was the guest of honour, commended the media in the region for the professional reportage during the Dagbon peacebuilding process.

He called on other stakeholders to support the GJA to have a successful event.

Meanwhile the General Secretary for GJA, Edmund Kofi Yeboah has called on the media to be balanced in their reportage.

“We must use our role now in a more purposeful manner to advance the course of development in our community and region as a whole,” he said.

In all, there will be eight categories thus, news reporting (Print and Electronic), peacebuilding, environment, Sanitation and Hygiene, rural and agriculture, crime and court, Gender and child rights, Promising Young Female journalists award and overall award.

The awards ceremony is also aimed at promoting professionalism and also encouraging journalists to continue to produce groundbreaking stories.

It will be on the theme “Democracy, freedom and independence of the media in Ghana:
70 years of GJA’s contribution.”