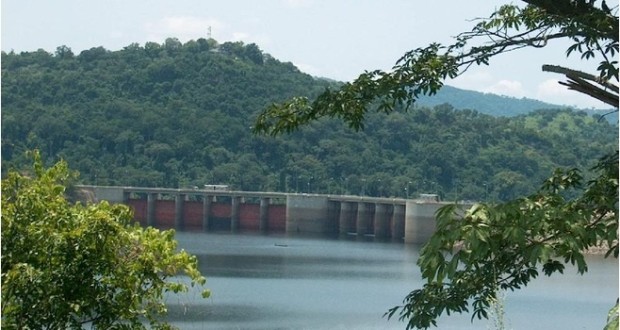 Government will soon construct an embankment along the Weija Dam to forestall flooding in that area.

This is an assurance by the Municipal Chief Executive (MCE) for the Weija Gbawe Municipal Assembly, Patrick Kumor.

An embankment is a wall or bank of earth or stone built to prevent a river flooding in an area.

Most communities along the Weija dam are usually displaced following the spillage of the dam every year.

Residents close the dam have refused to relocate despite the destruction of properties when the spillways of the dam is opened.

According to the MCE, the creation of an embankment at the estuary will mitigate the impat of the spillage of the dam.

“Normally what happens every year when a dam is spilled is that we seek the assistance of National Disaster Management Organization (NADMO) with their excavengers to open that section or the water to have free access to the sea. I proposed that we cannot continue to do this every year because it is a cost to the assembly. We will be sending some letters to the Works and Housing  Ministry for them to come in and get some sort of embankment at the entry point where it will be open throughout the year so that when the dam is broken we don’t have to spend money doing the exercises again.”

Speaking to Citi News in an interview, the MCE explained that sections of the Weija dam are heavily silted adding that this prevents the flow of excess water from the dam.

He added that the depth of the dam at the time of its construction was at 25ft.

He said currently it has been reduced to a little over 10 feet, an indication that the downstream of the dam is heavily silted.

“We realize that some section of the river path is heavily silted. The dept when the dam was constructed was 25ft but as we have it currently, it’s just a little about 10ft. That tells you that it needs to be dredged.”

The MCE also suggested that the dam could become a tourist site to bring revenue for the assembly and the government.

“Then again it gives it a free flow of the water into the sea. When this is done, we can also tap into the tourist aspect of it because we have some birds and animals and the ramsar site where tourists can get in there and have a view of the birds which will generate some money for the assembly and the government at the end of the day.”