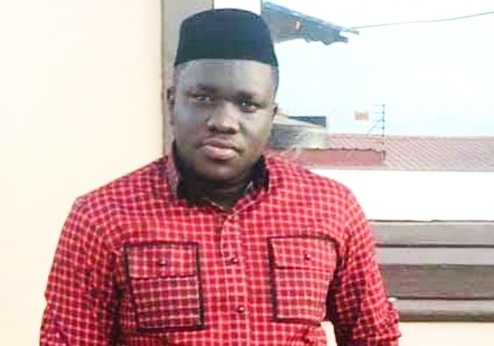 A romantic triangle involving a 30-year-old woman supposedly dating two men ended bitterly when one of the men shot the other in cold blood at Alhaji, near Achimota, in Accra.

The deceased, 35-year-old car dealer Kwame Agyapong, had confronted his rival, Derrick Nana Donkor, 28, when he bumped into the love birds in the house of the lady, Keshia Akosua Osei, 30.

The ensuing confusion turned bloody as Nana Donkor pulled a gun and fired at Agyapong, killing him instantly.

It turned out that Akosua Osei was the girlfriend of the two men at the same time, but while the deceased was married, the other was single.

The Achimota Mile 7 Police are currently investigating the circumstances which led to the killing of the car dealer at the house of his girlfriend at Alhaji, near Achimota.

Agyapong was said to have spotted his girlfriend in the company of the suspect, Nana Donkor, and a misunderstanding ensued between them.

The suspect, together with his businesswoman girlfriend at the center of the drama, have been arrested and are assisting the police in investigations, while the body of the deceased has been deposited at the Police Hospital morgue pending autopsy.

According to the Public Relations Officer of the Accra Regional Police Command, Deputy Superintendent of Police (DSP) Mrs Afia Tenge, at about 1 a.m. last Saturday, Derrick Nana Donkor in the company of Keshia Akosua Osei, both residents of Alhaji, a suburb of Achimota, showed up at the Mile 7 police station with a pistol in hand.

She said they reported that one Kwame Agyapong, the deceased, was the ex-boyfriend of Keshia, and since their separation, the deceased had been following and beating her anytime he saw her with other men.

DSP Tenge said on that fateful Saturday, the deceased — who lived in the neighborhood of Kingsby Hotel at Achimota with his wife and kid — called Akosua several times on phone but she did not respond.

So at about 10 p.m., while the deceased was driving home he spotted Akosua in the company of the suspect around the Mile 7 park and confronted her.

She said the deceased asked Akosua why she did not respond to her calls, but she sensed danger and ran to some policemen, who were on snap check duties around the area and reported to them that the deceased wanted to beat her.

The policemen, she said, then advised them to go their separate ways and not to cause trouble on the park, so they left the scene.

DSP Mrs. Tenge said the deceased realized that the suspect had followed Akosua to her house at Alhaji so he followed them to the house and confronted the suspect and warned him to stay away from Akosua.

A serious confrontation then ensued between the two men and the suspect rushed to his car and picked a pistol to fire warning shots but ended up shooting at the deceased, killing him instantly.

He then picked the deceased to the hospital where he was pronounced dead on arrival, and from there he went to the Mile 7 police station with Akosua to report.

They were then arrested to assist the police in their investigations.

Investigations so far conducted by the police indicated that Akosua had been in a relationship with the deceased long before he got married, and they continued with the relationship even after the marriage.

As of the time of the incident, they were still in the relationship.

Sarkodie 'swags up' in African fabric on birthday [Photos]