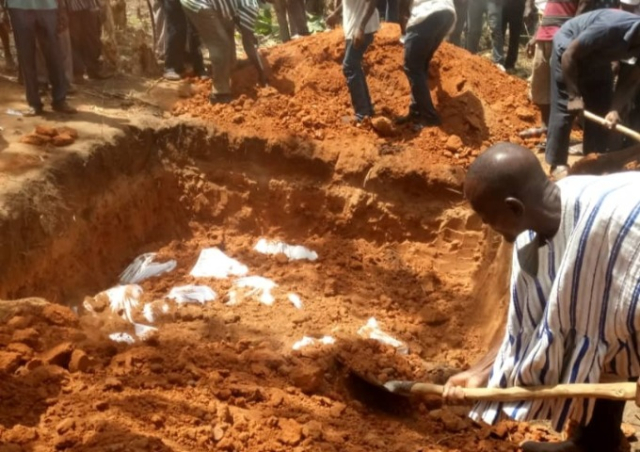 The Tamale Teaching Hospital has embarked on a mass burial exercise following power surges that damaged five refrigerators at its morgue.

The hospital in a statement signed by its Public Relations Officer, Dr. Ken Osei Mensah said: “as a result of the incident, the hospital secured a court order for the mass burial of unclaimed bodies that had accumulated at the morgue over a period of time.”

Only one refrigerator at the morgue is currently functional.

“The Biomedical Engineering Unit of the hospital has been able to get one of the fridges functional, by replacing one of the faulty outdoor units with an older one,” the statement added.

The hospital blamed the unfortunate incident on power surges in the area on June 27, 2019.

It said the company responsible for fixing the refrigerators has also been notified to expedite work on the devices so the morgue could resume full operation.

“Electrical power surges experienced on 27th June 2019, at the Tamale Teaching Hospital, resulted in damage to the electrical boards of the outdoor units of all five mortuary fridges at the Department of Pathology. An enquiry at the Ghana Grid Company (GRIDCo) control room confirmed [that] the power surges were as a result of challenges with some transmission lines.”

“The project contractors, Vamed BV, responsible for the aftersales services of the fridges have been duly informed and are taking steps to replace the electrical boards of the outdoor units,” the statement added.

There are reports that a total of 24 corpses were buried during the exercise.

Below is the full statement from the hospital: 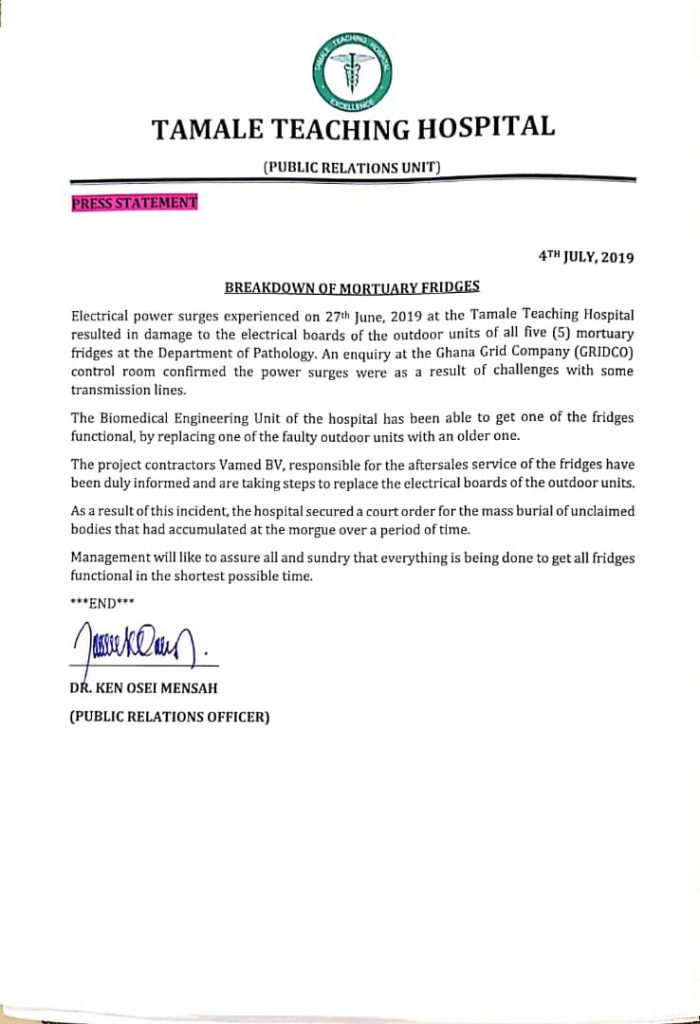 Two on remand over diesel theft

Two on remand over diesel theft