The chief was destooled on Monday, 1st July 2019 at the Ofori Panin Fie, Kyebi in the Eastern Region.

This follows complaints of uncustomary conduct and harassment of the people of Dome and Gyampomani and his alleged unlawful claim of ownership of lands in the two villages.

The Chief of Hemang upon a petition by the people of Dome and Gyampomanin was invited to answer charges before the Kyebi Executive Council.

The Hemanghene however is reported to have disregarded the customs of the land and the summons on him to appear before the Akyem Abuakwa State Council.

He is said to have subsequently written a letter addressed to the Council through his lawyers, to question the Council’s jurisdiction of determining matters concerning Hemang lands. 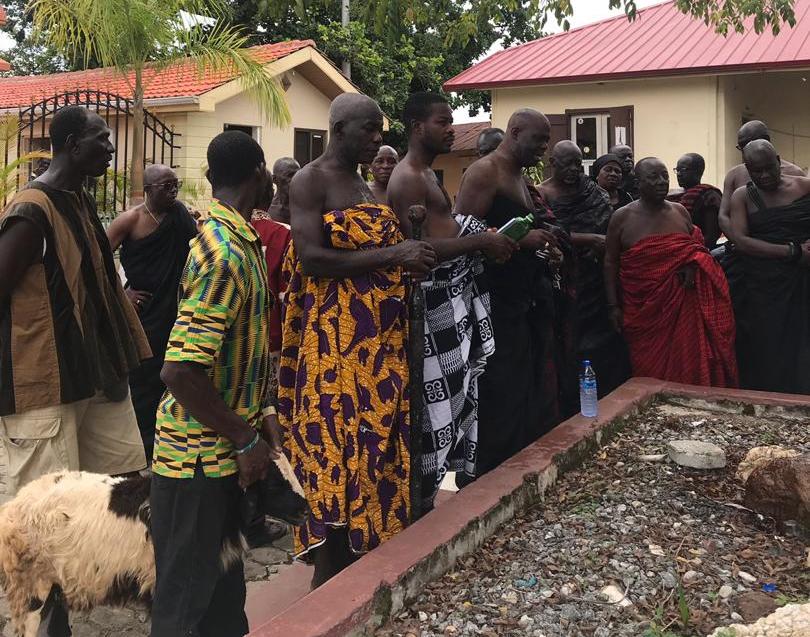 The Okyenhene therefore took the decision to destool him in the presence of Daasebre Boamah Darko, Adontenhene and Kukurantumihene, the Oseawuohene and Wankyihene, Daasebre Asumadu Appiah, members of the Kyebi Executive Council, Kingmakers and representatives of the Hemang stool.

The Okyenhene condemned the unruly, uncustomary and disrespectful conduct of the Hemanghene.

He said, the Hemanghene by disrespecting the summons to appear before him has acted in breach of his customary oath and is therefore unfit to hold himself as Chief of Hemang.

The Gyaasehene of Kyebi, Barima Amoako Darko Ampem poured libation and slaughtered a sheep to give customary validity to the destoolment process.

By this decision, the Kingmakers of the Hemang stool are under customary obligation to present a new candidate for installation as Chief of Hemang within 40 days.

He destooled the Asafohene, and Head of the Akwamu Division, Akyamfuo Kwame Akowuah for gross insubordination while the Chief of Ahenkro, near Offinso, Nana Ahenkro Sei Ababio III, was destooled for showing disrespect to the King by defying orders barring chiefs from taking all chieftaincy and land disputes to the courts.

Damongo health workers on sit down strike over unpaid allowances

Damongo health workers on sit down strike over unpaid allowances