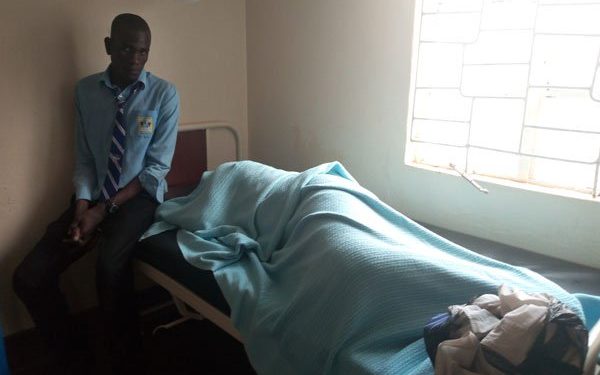 At least 50 students in Mbale Municipality have been hospitalised after they inhaled teargas.

The students were involved in a fight that broke out between Mbale Secondary School and Mbale High school over a botched love affair.

It is alleged that during the fracas, police fired teargas canisters into Mbale S.S compound, leaving students and teachers scampering for safety.

The injured students have been admitted at Mbale referral hospital, Joy Hospice, Viena Clinic, Mbale general clinic, among others.

The Elgon region police Spokesperson, Mr Robert Tukei confirmed the incident but dismissed the allegations that students were hospitalised because of inhaling teargas.

“The police only responded to stop the fight, which had broken out. If some of them were injured, they were injured during the fight not necessarily inhaling teargas,” he said.

Tukei, however, said over 30 students from respective schools have been arrested over inciting violence.

“I can confirm that 30 have been arrested over inciting violence and they will be charged accordingly,” he said.

The suspects are currently detained at Mbale central police station.

He said they have started an investigation to find out the root cause of the fight.

“When police intervened, it fired teargas, which left many of students screaming for help as they were choking,” he said.