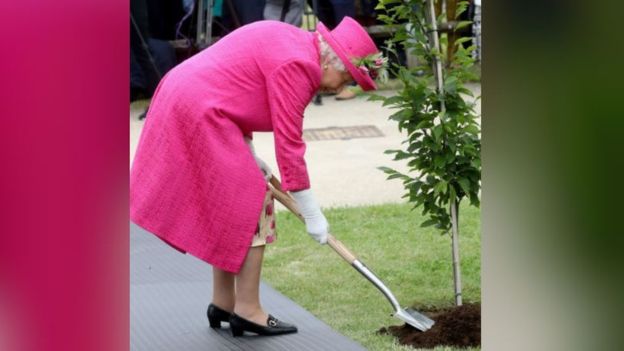 The Queen has told onlookers she is “still perfectly capable of planting a tree” at the age of 93.

Her Majesty made the comment during a visit to the National Institute of Agricultural Botany in Cambridge.

She surprised people at the institute by taking a shovel and digging into the earth as she planted a tree.

While in the city she also had lunch at Queens’ College and officially opened the new site of Royal Papworth Hospital.

The renowned heart and lung hospital moved 16 miles (25km) from Papworth to Cambridge and welcomed its first patients in May.

Beginning her tour of the city at the National Institute of Agricultural Botany, the Queen, accompanied by the Duchess of Gloucester, viewed an exhibition celebrating 100 years of crop research.

The institute’s chief executive Dr Tina Barsby said: “On the rehearsal, the idea was that she would supervise the planting of a tree.

“But she gave her bag to someone to hold and said ‘I’m still perfectly capable of planting a tree’ and she put the soil in herself.”

During the afternoon, Her Majesty was given a tour of Royal Papworth Hospital at its new site on the Cambridge Biomedical Campus. 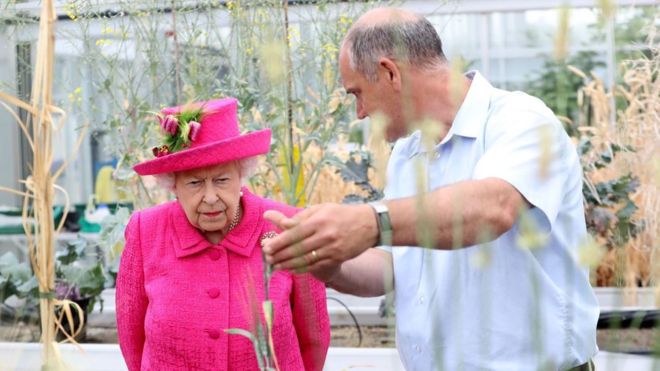 There were loud cheers and applause as she unveiled a plaque in the hospital’s main entrance to mark the formal opening.

The hospital opened as a tuberculosis colony in 1918 in the village of Papworth Everard and was home to the first successful heart transplant in the UK in 1979.

It was granted a royal title by the Queen in 2017.

Since opening in May, more than 9,000 patients have been through the outpatients’ department of Royal Papworth and clinicians have carried out more than 2,000 procedures.

Retired surgeon Professor John Wallwork, chairman of the NHS foundation trust that runs the hospital, said: “It’s a huge honour for ourselves and for the hospital and the biomedical campus to have the Queen come.”