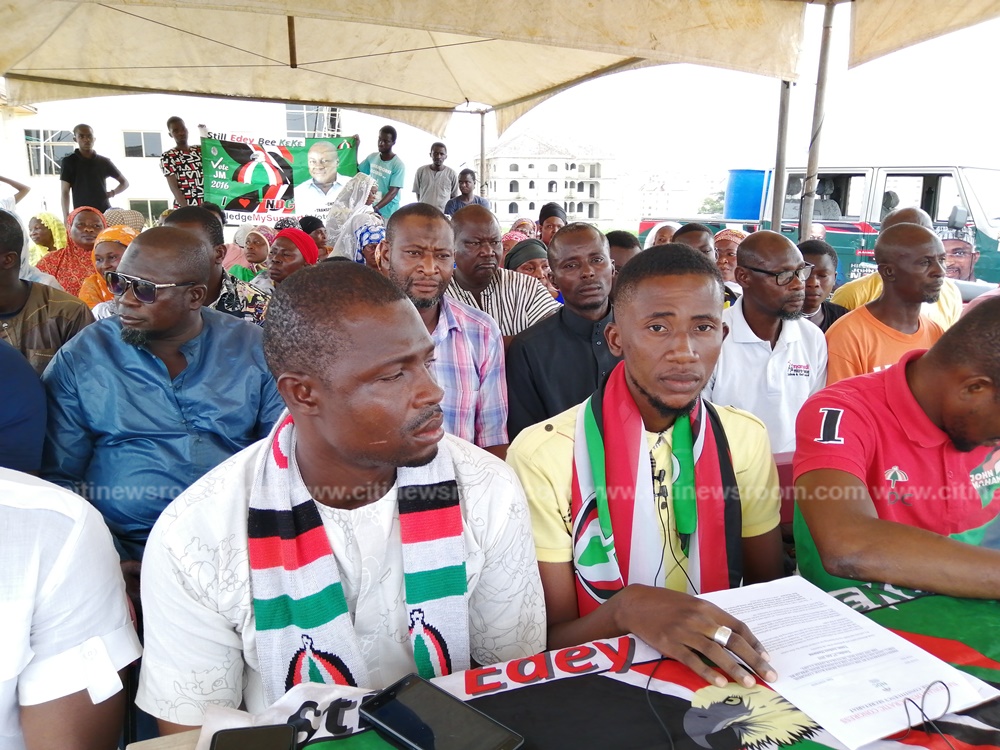 Members of the opposition National Democratic Congress(NDC) in the Asawase Constituency have described as false reports that the Member Parliament (MP) for the area, Muntaka Mubarak, assaulted a female member of the governing New Patriotic Party.

Members of the NDC indicated that an audio containing a narration of the alleged assault by a known NPP lady called Zainab Jibril is being fabricated and circulated on various platforms to tarnish the hard earned reputation of the Asawase MP.

The leadership of the NDC in the constituency maintained that, the MP had no encounter with the lady in question while adding that the MP has always defended and protected the rights of females and will not go to an extent of assaulting a female.

The NDC at a press conference on Wednesday accused some key figures of the NPP in the area of masterminding the allegations and also using media houses affiliated to the governing party to spread what it termed falsehood.

The ongoing limited voter registration exercise has been fraught with accusations and counter-accusations as the NDC and the NPP in the Asawase constituency have always been challenging the eligibility of some applicants who turn up at the centre to register.

One of such disagreements came up after a young lady alleged that details of some applicants were being captured at an undesignated venue located in the premises of the Asokore Mampong Municipal Assembly while their photographs were taken at the Electoral Commission’s office.

The NPP lady alleged that while she tried to take off a mask of the young lady, she was assaulted by both the MP and the NDC Chairman for the area.

The development generated into chaos as both members of the NPP and NDC sustained injuries with properties including vehicles vandalized.

A treasurer of the NDC, Faisal Dauda was later detained by police after he was invited following a complaint lodged against him.

He was however granted bail after the police leveled sixteen counts against him, an action the party described as frivolous and laughable.

Addressing journalists on Tuesday, Asawase Constituency Secretary for the NDC, Mugis Mahdi called on the public to shun such allegations and falsehood been fabricated by members of the NPP.

He also denied reports that the MP was invited by the police for questioning following the allegations of assault levelled against him.

“No amount of lies, falsehood and fabrication heaped or linked to the personality of our hardworking and impeccable MP (Muntaka Mubarak) would make the good people of Asawase constituency vote for the NPP,” he said.

Mr. Mahdi explained that the disturbances being recorded at the Asokore Mampong registration centre vindicates the party’s position for the centres to be decentralized due to the possible insecurity and confusion with the presence of opposing parties.