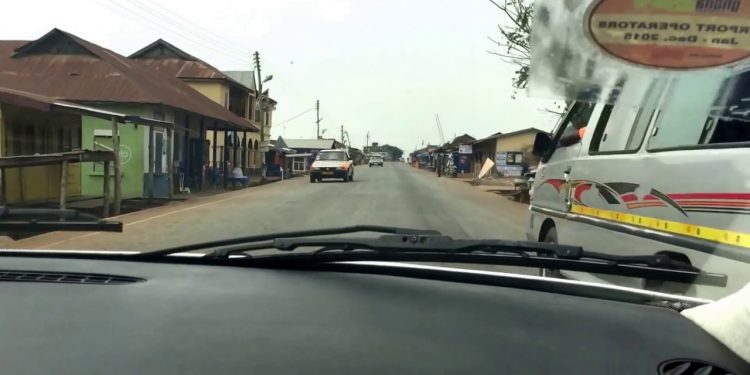 The Volta Regional Director for the National Road Safety Commission, Ing. Kwasi Tsibu Yerenkye has said during a media interaction in Ho that the region is the 7th contributor to total recorded road crashes in Ghana making the region’s roads one of the safest to ply as per the 2016 data which is the latest the commission has analyzed.

According to Ing. Tsibu, drivers within the region are among some of the most disciplined drivers he has encountered in his work with the National Road Safety Commission.

“When I came here and people complained about some abnormal driving activities on the roads, I told them you have not seen anything. Drivers in Volta are disciplined and that’s how come we are recording lower crashes on the roads,” Ing. Tsibu said.

The Volta Region recorded 280 road accidents for the first half of 2019 as compared to 288 recorded in 2018 during the same period.

The number of deaths from road accidents also declined from 101 to 78 deaths during the halves of 2018 and 2019 respectively.

The commission, however, finds it difficult to reach all 18 Municipalities and Districts with its strength of 4 persons with support from NABCo personnel.

Ing. Tsibu says the work of the commission, which is to coordinate the activities of some 7 agencies and also educate the public on how to remain safe on the roads, would have been done more efficiently if there were district and municipal offices across the region.

The director also decried the situation in which some district and municipal directors fail to grant the commission permission to educate pupils in public schools on issues of road safety.

“We have written letters to directors of education, seeking permission to educate pupils in public schools but to no avail. None of our letters was replied despite our numerous follow-up,” Ing Tsibu lamented.

The director also called for a regulation of commercial passenger tricycles also known as ‘Mahama Can do’ which are gradually becoming a preferred means of transport within the Ho municipality.

According to Ing. Tsibu, an increase in the numbers of the mainly yellow vehicles will make the roads clumsy and possibly more difficult to ply.

Fake doctor jailed for conning woman out of £15,000 'for their wedding'