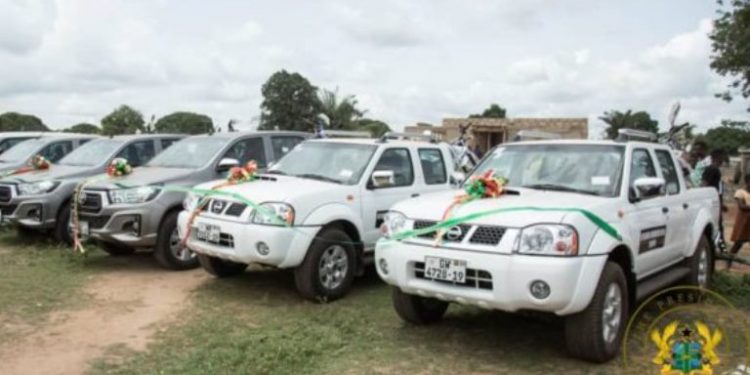 Members of both the governing New Patriotic Party (NPP) and the opposition National Democratic Congress (NDC) in the Savannah Region are at loggerheads over circumstances surrounding the region’s missing official vehicle.

The stolen Toyota Hilux Pickup with registration number, WR 3516-19 which is in the middle of the controversy is one of the vehicles presented to the newly created Savannah Regional Coordinating Council by President Nana Akufo-Addo recently to assist with the administrative activities of the new region.

In a press statement issued on Tuesday, the NDC in the region gave the Regional Minister five days to produce the stolen vehicle or face their wrath.

The statement further accused the Minister of conniving with one Alhaji Illiasu, a businessman with whom the Toyota Hilux was handed over to before it was stolen.

The NPP is also calling on the police to invite the NDC to assist in the investigation to retrieve the vehicle.

According to the NPP, the NDC has continuously given varied accounts of the circumstances leading to the stealing of the vehicle.

They believe the NDC has knowledge on the location of the vehicle.

It will be recalled that one Alhaji Illiasu reported to the police that he was in his house around 9 pm on Tuesday, July 9, 2019, when armed robbers attacked him at gunpoint and demanded the keys to the vehicle.

He said, he gave the robbers the keys and they grabbed him into the vehicle and drove off to a distance of about 20 kilometres away from his house, dropped him and fled with the vehicle.

When contacted, the Deputy Superintendent of Police (DSP), Mohammed Yusif Tanko, in charge of Police Public Relations for the Northern Region, said the matter is still under investigation, adding that the vehicle has still not been found and no arrest has been made.