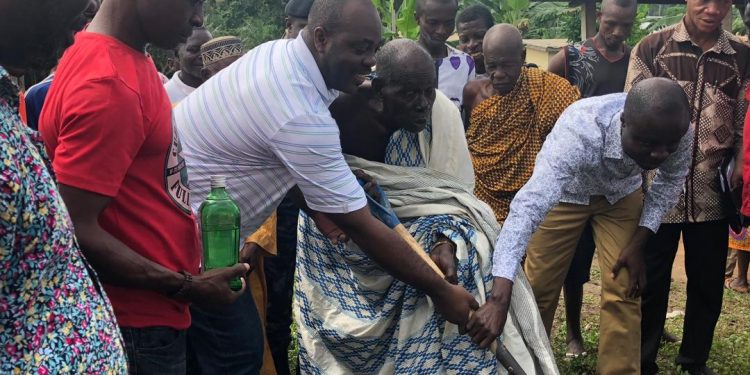 The Minister for Youth and Sports, Isaac Kwame Asiamah together with the District Chief Executive of Atwima Mponua, William Darko and some party executives brought joy to the people of Obuasekrom, Anansu and Ahyiresu when they cut the sod for the construction of 3-unit classroom blocks with ancillary facilities within the three communities simultaneously.

The Minister advised the youth of these communities to take their education serious and use that as a springboard to achieve their dreams and aspiration. 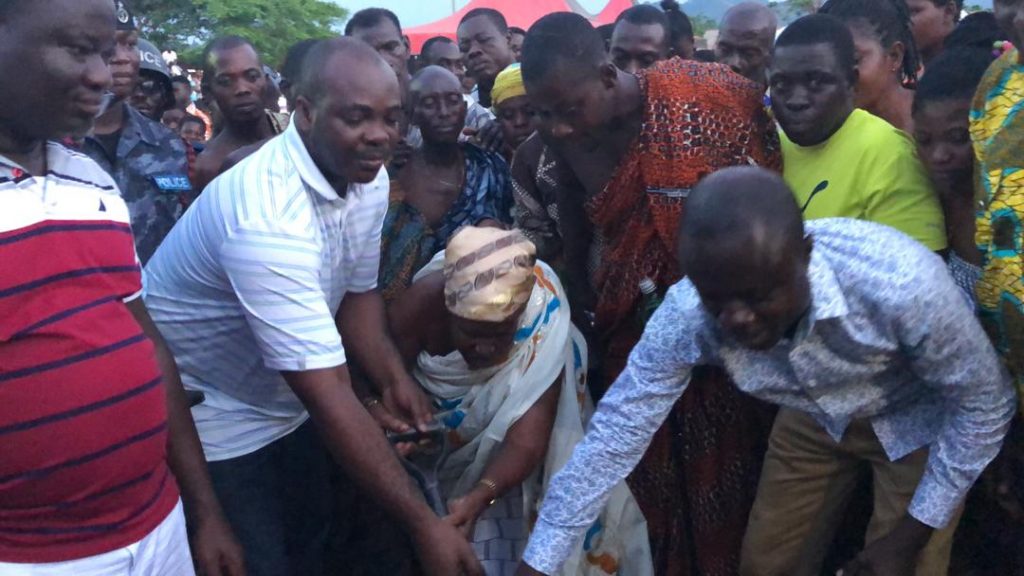 “I entered Parliament at age 26, I was there with Nana Osafo Marfo, J. H. Mensah of blessed memory and Nana Akufo Addo, and its only education that can propel people to such greater heights,” he stated.

He noted that the District with over 323 communities has much infrastructural deficit and as such; he is working very hard to get part of the national cake to every nook and cranny of the district. 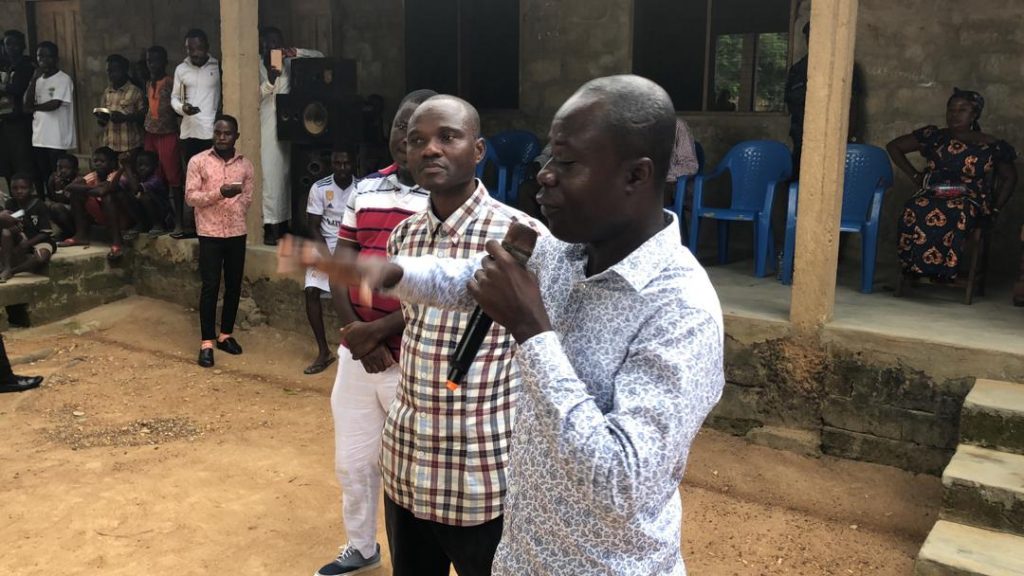 In addition, he promised to light the Obuasikrom community as soon as possible as he has gotten correspondence from the Energy Minister to make that feat materialize and also get their stretch of road fixed in no time.

The Sports Minister asked the contractor to include a mechanised borehole to the school facility at Ahyiresu as he is ready will foot that bill. 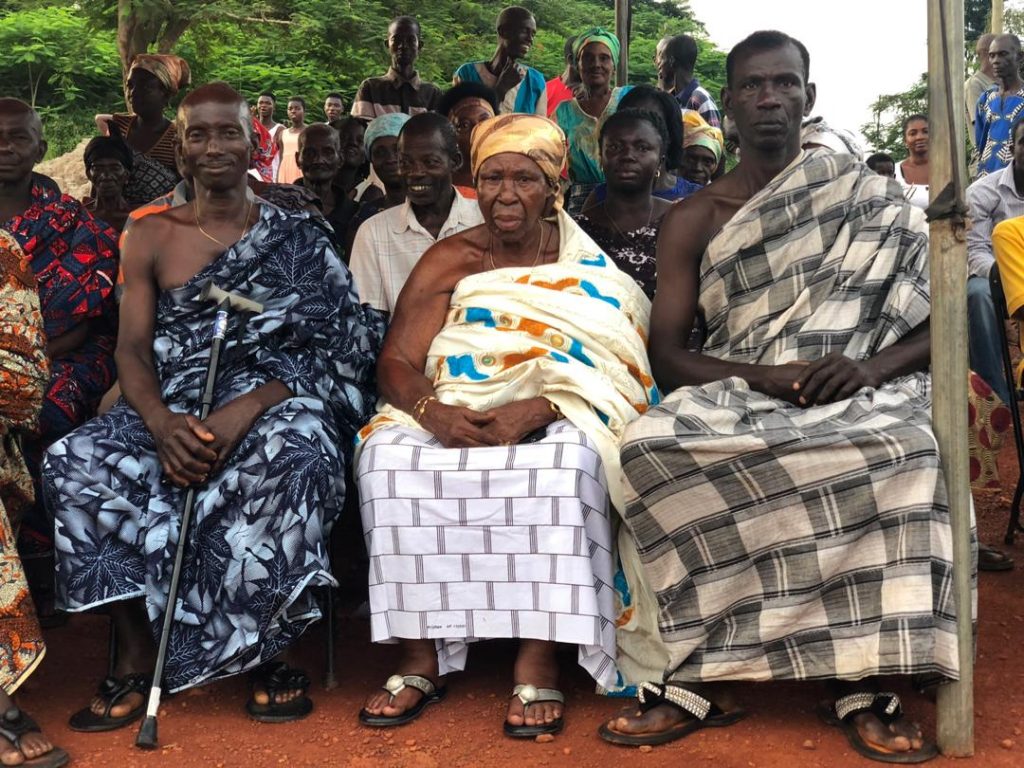 Mr. William Darko also promised to get the district on a pedestal as he is also mobilizing resources to build more schools and health centres across the district.

He entreated all to come to his office for idea sharing that will help the development of the district.

The chiefs and queenmothers of the beneficiary communities expressed profound gratitude to the MP and his entourage for the gesture.

They promised to maintain the buildings in good shape and vowed to make education their priority. 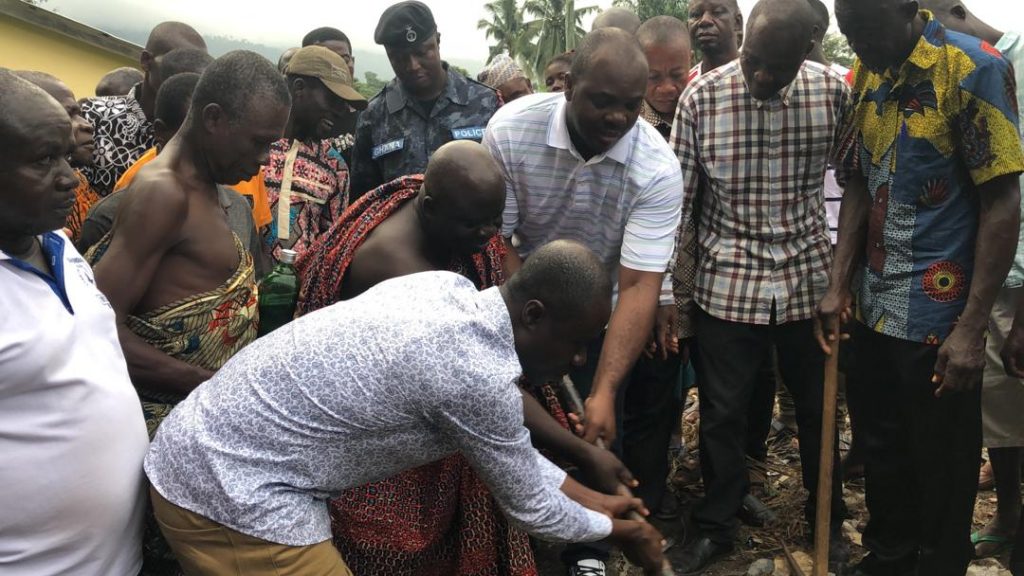 The chiefs and people of Anansu beseeched the Minister to assist in the acquisition of a power Transformer that can be used by the Anansu CHPs facility.

In the company of the ministers, the entourage included the NPP constituency chairman, Kofi Marfo, Joyce Amoah, Abdul Moro, Amankwaatia and Samuel Twum Nkansah and a host of others.