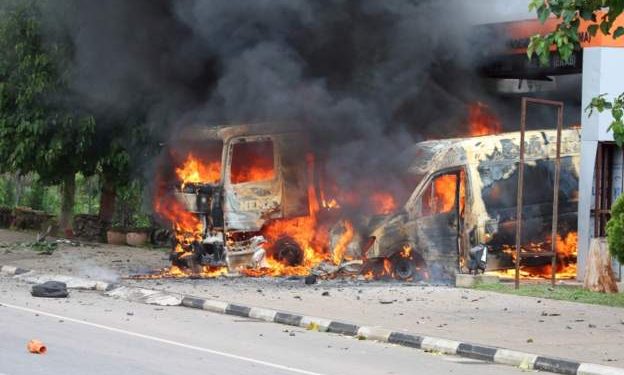 A 23-year-old trainee journalist, Precious Owolabi, is now confirmed to have died after being hit by a stray bullet during clashes between members of a pro-Iranian Shia group and security forces in the capital, Abuja.

The pro-Iranian Islamic Movement for Nigeria (IMN) says that at least 11 of their members were killed in the violence while dozens of others were injured. The authorities have not given a death toll, except for saying that one of their officers was killed.

Hundreds of followers from the Shia group were out on the streets to demand the release of their leader Sheikh Ibraheem Zakzaky, who has been detained since 2015

Mr Owolabi was reporting on the clashes for national TV station, Channels, where he was working as part of his national service – a compulsory one-year programme for graduates in Nigeria.

Things are now calmer in Abuja, but the hostility between the authorities and IMN members remains unresolved as the group vows to keep protesting on the streets until its leader is released.

He was arrested four years ago following a military crackdown in which more than 300 IMN members were killed according to human rights groups.

The Nigerian authorities have faced criticism for ignoring court orders for his release.

Police arrests man after stealing a car he couldn't drive