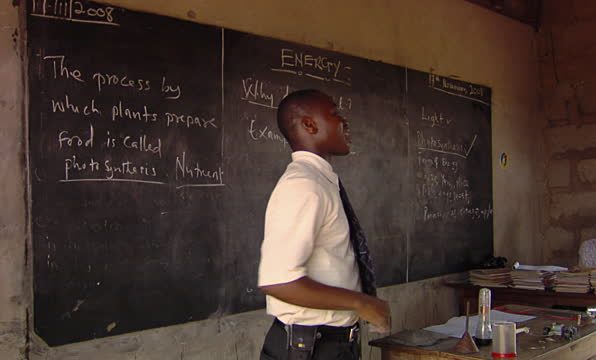 The Coalition of Concerned Teachers Ghana in the Eastern Region has expressed its displeasure over the continuous deduction of GHC 10.00 from their salaries for a compulsory insurance policy for them.

The policy, being championed by the Ghana Education Service and SIC Life was launched in June 2019.

According to the association, the Controller and Accountant General’s Department has breached the third party references system agreement by allowing the State Insurance Company (SIC) to make the deductions without their consent and approval.

The Eastern Regional Chairman of the group, Samuel Antwi, at a press conference said the refusal of GES to engage stakeholders on the insurance policy is worrying.

“In June 2018, GES with SIC proposed an insurance policy for all GES staff and took 10 cedis from each of us. The question is, since when did insurance in Ghana become compulsory? As a union, we have our reservation against this policy despite the benefits attached by the promoters. Surprisingly in June 2019, the DG of GES launched this unpopular policy claiming it will be rolled out in 2019. Still without any stakeholder consultation.

There has been wide opposition of various teacher groups to the policy with calls for broader consultations on the policy before implementation however that has not happened.

Some teacher groups in the Ashanti Region in April also expressed this reservation about the policy, describing it as illegal in nature.

The GES in a letter dated February 27, 2019, and signed by Director General, Professor Kwasi Opoku Amankwa urged the teachers who are not interested in the deal to fill an exit form available at all GES offices country-wide.

Under the policy, all teaching and non-teaching staff of the Service who die or suffer a permanent disability would be given a cover of up to ¢18,000 depending on the medical report.

Those who suffer illness such as cancer, stroke, major organ transplant and kidney failure would be given a cover-up to ¢9,000. A critical illness that renders a member totally and permanently disabled receives a full pay-out of ¢18,000.

For the monthly premium of ¢10 per month, there is a cashback of 10% if no claim is made within three years.

Family sacked from house for buying takeaways while owing rent

Family sacked from house for buying takeaways while owing rent