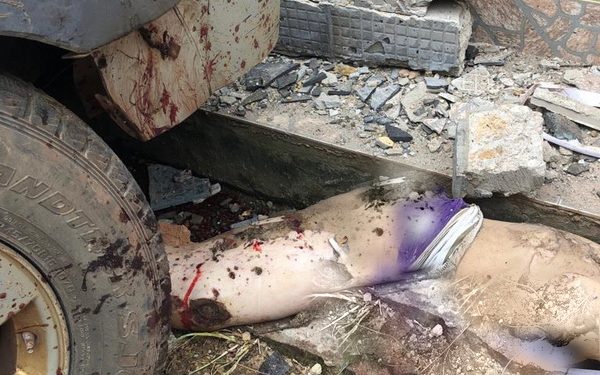 Police have disclosed that investigations are on-going into the circumstances that led to the death of a Chinese national during an explosion at a workshop in Wassa Akropong in the Western Region.

It was said to have been caused by an exploded LPG-cylinder which led to the death of one person and left two others in critical conditions.

The two injured Chinese nationals are currently receiving treatment at the Wassa Akropong District hospital while the body of the deceased has been deposited at the District morgue.

The Wassa Akropong District Crime Officer, ASP Joseph Quainoo, in an interview with Citi News, confirmed the death of the Chinese national.

He also disclosed that two others, who are also Chinese nationals are in critical conditions and are responding to treatment.

“It was on Wednesday that the case was reported and when we went there one person was dead and two others were taken to the hospital. The person who died is a Chinese man, all three of them were Chinese men. They are responding to treatment. As at now the place is calm. It was only the three of them and the explosion had occurred already.  When we got there the information we got was that they were welding some metals.”