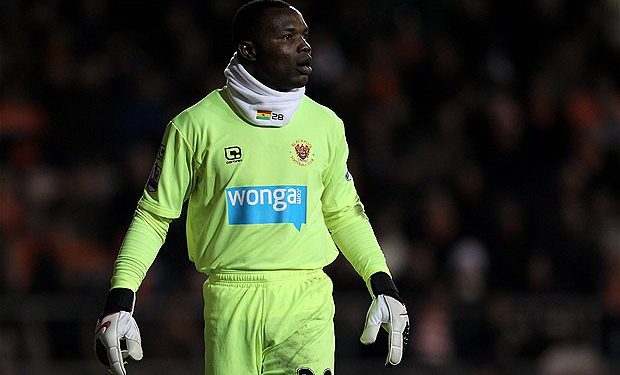 A former Black Stars goalkeeper and current goalkeeper trainer Richard Kingston also known as Olele was arrested together with 21 errant drivers at the East Legon tunnel for neglecting road markings.

This was part of CITI TV’s War Against Indiscipline campaign.

The impounded vehicles were sent to the East Legon police station while 18 of the errant drivers have been processed for the Abeka motor court.

ASP Simon Tenku of the Police Public Affairs Directorate spoke to Citi News after today’s operations and said most of the drivers implicated today were neglecting the road markings.

“Today we didn’t get a lot of people driving on the shoulder. Most of the drivers were just neglecting the road markings and using the wrong directions and I am also glad that today we didn’t get a lot of uniformed persons as compared to the last time we were here, which is an improvement and we are happy about that and so far we have arrested 21 drivers and processed 18 for court today,” he said.

On Tuesday, some security officials, including police, customs and military officials, were arrested for breaching various traffic regulations at East Legon.

Because of the instances of police personnel being caught engaging road traffic offences, the leadership of the Ghana Police cautioned officers in the Service to desist from breaking traffic regulations under the guise of “emergency” situations.

According to an internal memo from the police sighted by citinewsroom.com, any police officer found flouting road traffic laws will be sanctioned.

The Police Service in the memo also warned the officers that video recordings of any violation will be shared with the general public.