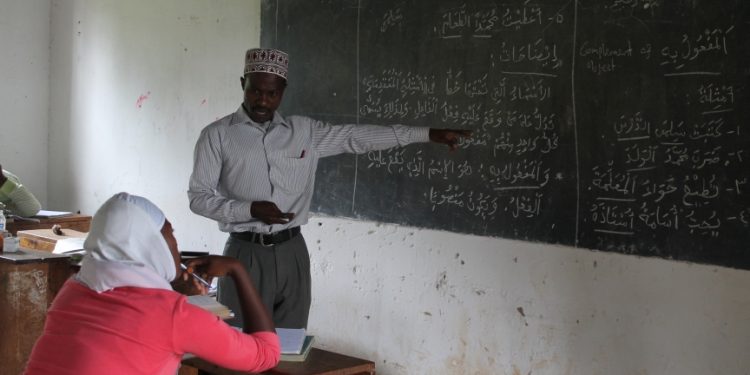 Arabic teachers in the Northern Region say they are hopeful of receiving their salary arrears by Wednesday.

This follows an assurance from the Zongo Development Ministry that their allowances which have been in arrears for several months will be paid this week.

The over 900 Arabic tutors in the Northern Region some three weeks ago threatened to embark on a  strike if the Ministry for Inner Cities and Zongo Development failed to begin paying their allowances owed them by the 1st July.

But the sector Minister, Mustapha Hamid’s announcement that the Finance Ministry had released funds to the Youth Employment Agency, to begin making payments to the tutors calmed tensions.

However, only three months of the eight-month arrears will be paid.

In an interview with Citi News, the Spokesperson for the Arabic teachers in the Northern Region, Malam Adam, said they were hopeful that the rest of the allowances would be paid soon.

“Our consultations and investigations with the YEA informed us that they went for the cheque on Friday evening. From Monday and latest by Wednesday everybody will receive their salary. The cheque has been released for three months [out of eight] so that they work out the other ones but as to when those ones one will come, we cannot tell. But we will be looking up to the next stage because we were expecting something more than that but the Minister had tried and proven that they are ready to address our grievances.”

The Arabic instructors’ engagement under the YEA, was a campaign promise of the governing New Patriotic Party.

President Nana Akufo-Addo while campaigning for 2016 elections, assured Arabic Teachers that he will restore their teaching allowance when he wins the December 7 polls.

Nana Akufo-Addo chided the then Mahama government for cancelling the monthly allowance, promising that he will ensure that there are funds to pay the instructors their allowances.

“When I am given the opportunity to serve the nation, I will reintroduce the allowances paid to Arabic tutors,” Akufo-Addo said at the time.

The NPP in its 2016 manifesto promised to “restore allowances to Arabic/ Islamic instructors and additionally support Arabic/Islamic instructors with training and other incentives to motivate them to provide good training to our children. We will also introduce Arabic as an optional language to be taught and examined at the JHS and SHS levels.”

Why he is taking too long to propose to you