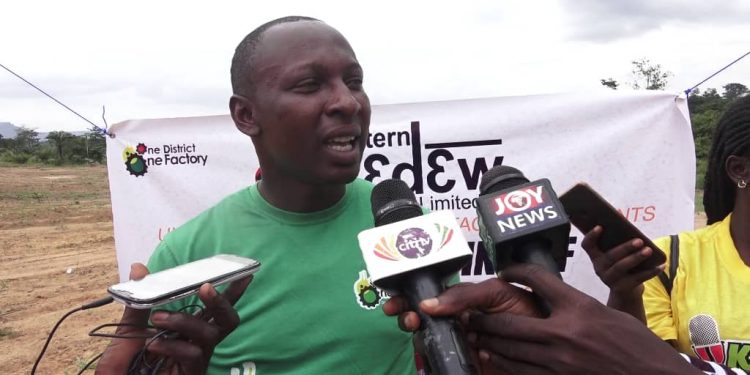 The construction of a Rice Production and Processing Factory under the government’s One District One Factory policy, has begun at Agona in the Sekyere South District of the Ashanti Region.

The factory, which is the brainchild of the Western Deedew Group Company Limited, a local company, is being managed by a group of young Ghanaians who are into cultivating and processing rice into finished products.

Traditional authorities in the area have allocated 1,500 acres to the company in exchange for shares in the business, to begin the construction of the factory. 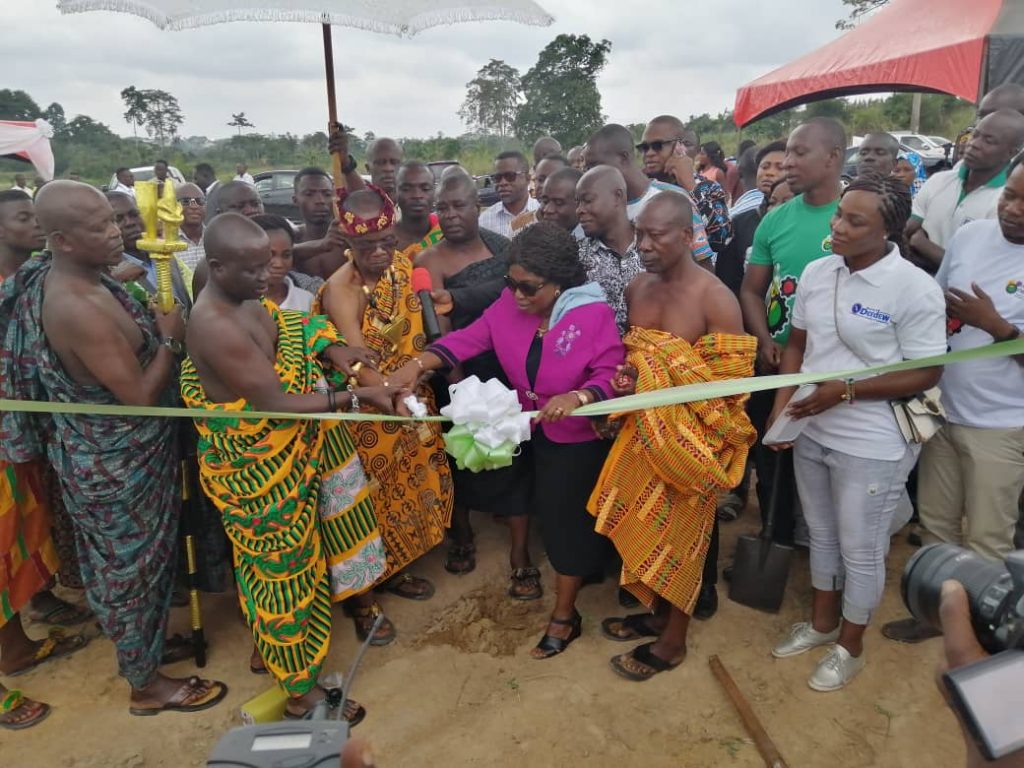 The facility, when completed, will have a warehouse, an ultra modern rice miller which comes with a distoner, combine harvester, a transplanter and other equipment which will enhance the factory’s operations.

Areas within the Sekyere South District are considered suitable for rice cultivation due to the availability of wetlands.

There is also favorable rainfall pattern in these areas, making it possible for farmers to enjoy major and minor rainfall all-year round.

These factors informed the siting of the  rice factory in the area since yields are expected to be high when the facility begins operations. 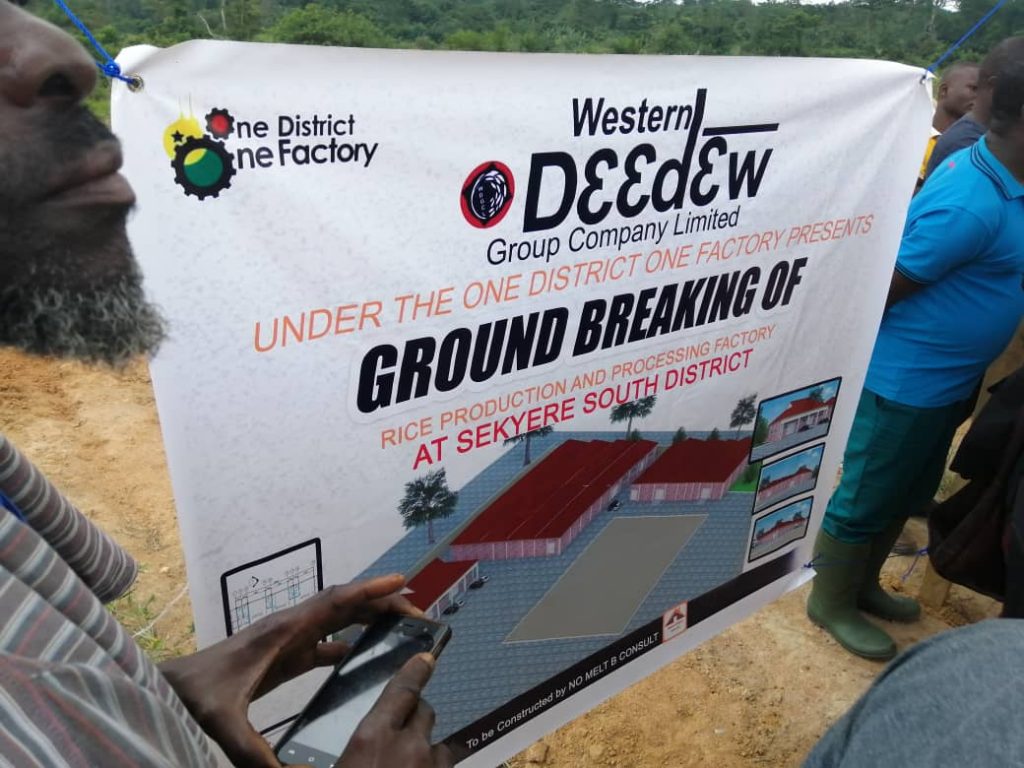 He indicated that employment opportunities would be provided to about 500 farmers and other indigenes of communities within the area.

Mr. Amofa Akuoko has projected that the factory will in the next ten years be the leading producer of quality rice in Africa.

“What we are saying is that the number one rice mill in Africa is in Nigeria, processing 2.4 million metric tonnes of rice annually. It is our dream that in the next ten years, we are going to overtake that mill in Nigeria, that is our vision and so far as God lives, we are going to achieve that”, he said.

The company as part of government’s support towards the project, has enjoyed 10% cut in interest rate, and no duties on its equipment being imported for the factory, and will also enjoy a five-year tax holiday when it begins full operations.

The GCB Bank Limited is the agency partnering the company by giving them a facility of Ghc2.5 million Ghana cedis, with an interest rate of just 10% and a year’s moratorium for repayment to begin.

Mr. Amofa Akuoko commended government for supporting the private sector to contribute towards the country’s industrialization.

Rice farmers in the area are already excited about the establishment of the factory as they believe it would be a great relief to them.

The Agonamanhene, Nana Frimpong Ababio, who gave out the land for free for the setting up of the factory, said the project will be a blessing to the communities within the area.

He pledged his continuous support to the factory and called on the communities to fully support the project.

Other traditional authorities in the Ashanti Region have also supported the factory.

District Chief Executive for the Sekyere South District, Catherine Reckling, said the establishment of the factory will increase the Assembly’s revenue generation drive, increase employment opportunities, reduce crime and other forms of social vices within communities in the area.

She indicated that the Assembly will work to improve on the road network leading to the project site, and continue its support for the realization of the President’s vision to impact on the lives of Ghanaians.

The company says it will roll out various developmental projects within communities in the area as part of its commitment to give back to society.