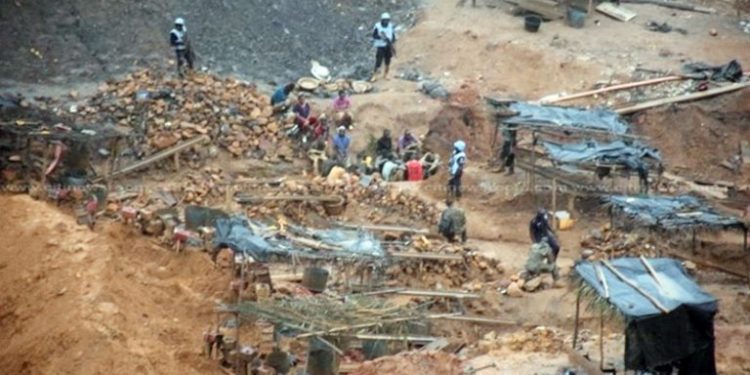 Twenty-seven (27) suspected illegal miners were arrested in an overnight operation within the Atewa West District of the Eastern Region last Sunday.

The suspects, all confirmed to be locals, were operating within the general area of Abomosu.

Just a day earlier, nine (9) other locals were arrested in the Birim North District within the general area of Apradan.

All 36 suspects were handed over to the Afosu local police for further action.

Gold detecting machines and other miscellaneous tools the miners were using in their operation are being held in evidence.

A Chinese national suspected of engaging in illegal mining activities was also apprehended in the general area of Wassa Kumasi in the Wassa Akropong District. He was handed over to IMCIM for further action.

The government set up the Operation Vanguard to combat illegal small-scale mining also known as galamsey in the country in 2017.

Although the team experienced some setbacks a few months after it was formed, it has so far arrested close to 2,000 illegal miners.

Let's band together to address smuggling of fertilizers - Nana Addo