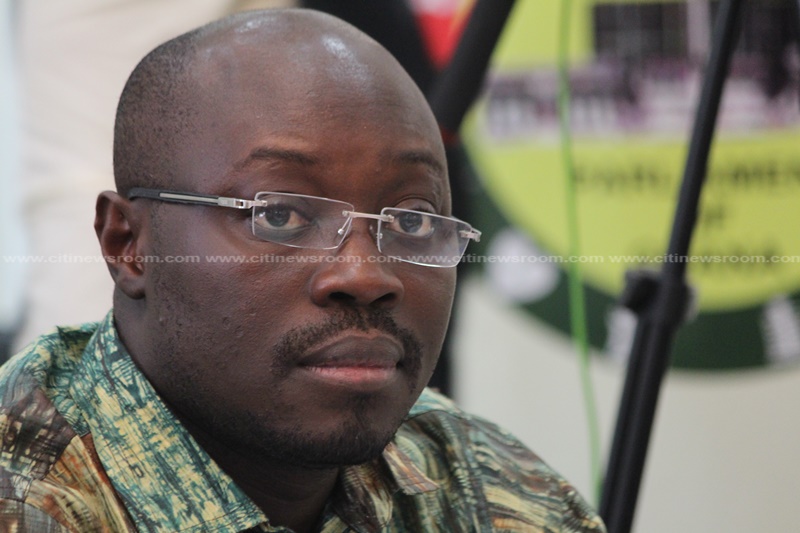 Lawyers of Cassiel Ato Forson, the Minority Spokesperson on Finance believe the threat by the Special Prosecutor, Martin Amidu to sue the legislator is a calculated attempt to curtail their client’s freedom of speech.

Mr. Amidu is unhappy with Ato Forson over some comments he made with regards to a judgement debt case in which he cited the Special Prosecutor.

Amidu had given Ato Forson a seven-day ultimatum to retract and apologize for the said comments. The Special Prosecutor had insisted that the comments were defamatory.

“Should I not hear from you within the next seven days, I will be compelled to advise myself as to the proper action to take to vindicate my hard-won reputation which you have intentionally, maliciously and gravely injured and brought into disrepute,” he said in a letter to Mr. Ato Forson.

But lawyers of Ato Forson, who is also the Member of Parliament for the Ajumako-Enyan-Esiam, say their client won’t apologize since the comments were not defamatory or made out of malice.

The lawyers in a response letter to Amidu and sighted by citinewsroom.com stated that:  “Your threat to sue him [Ato Forson] for making the statement as part of his role as a Ranking Member on [the] Finance [Committee] smacks of an attempt to curtail his freedom of speech in Parliament.”

Our client didn’t defame you, he won’t apologize – Ato Forson’s lawyers to Amidu

They also called the bluff of the Special Prosecutor.

“The words uttered and published by our client, and irrespective of whatever spin is placed on the words, it is obvious our client never defamed you. In consequence, your claim that our client defamed you and therefore must render an unqualified apology to you is not borne out of the statement made by him.”

“…We wish to serve notice that our client is not only a Member of Parliament but he is the Ranking Member on [the] Finance [Committee] and that he made the aforementioned statement to the Parliamentary Press Corp as part of his role in scrutinizing government finances.”

“On the basis of the above, we have advised our client against rendering the unqualified apology on the basis solely of defamation or at all,” the lawyers added in the letter.

Below is the letter Ato Forson’s lawyers wrote to Amidu: 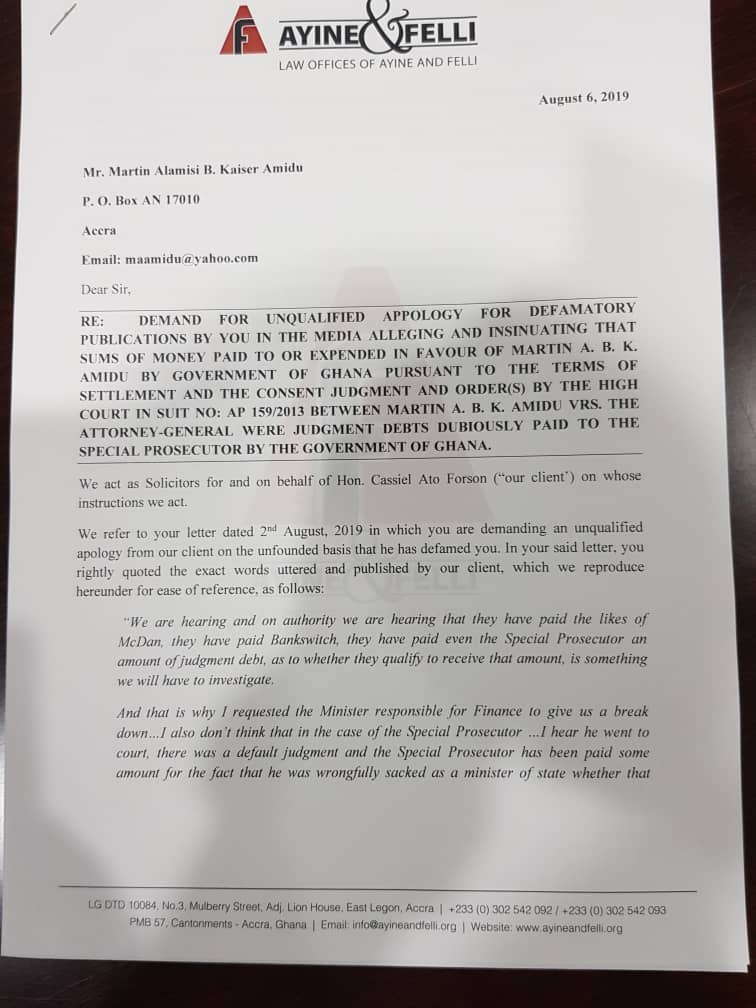 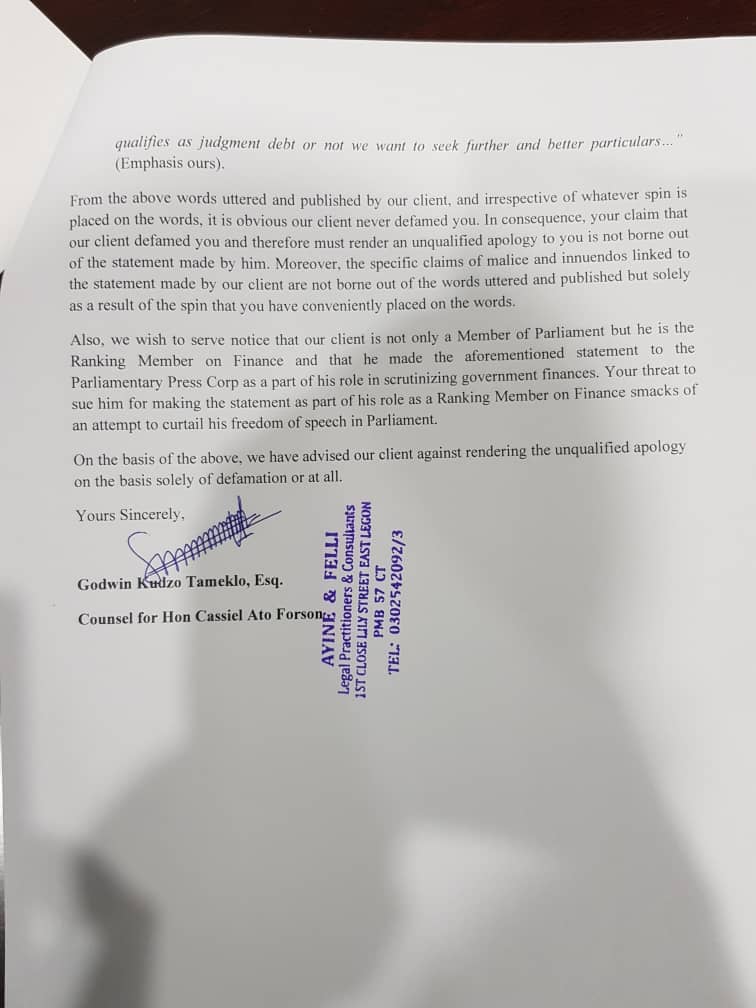