Angry side-chick burns house of lover for not picking calls 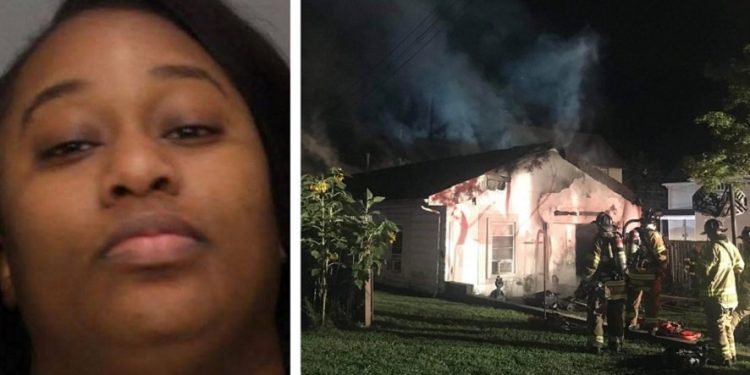 “You wasted my money to come out here,” those were some of the angry texts 29-year-old New Jersey woman Taija M. Russell sent to her lover around 4 a.m. when he told her to come over but fell asleep while waiting.

According to the New York Daily News, Russell then went ahead to set his house ablaze, leaving the man, who managed to escape through a window as the only doorway to the house was engulfed in flames with first-and second-degree burns.

Russell was arrested on Tuesday and subsequently charged with attempted murder and aggravated arson.

Describing Russell to the police as his side-chick, the man claimed he missed eight of her calls as a result of falling asleep. Feeling stood-up, she followed the missed calls up with a series of angry and threatening text messages including “U smoked,” “I see you wanna die,” and “I swear to god I hope you die,” the police added.

Per security camera footage, Russell, according to the police was spotted purchasing matches, a lighter and lighter fluid from a nearby gas station and then heading back to the man’s house with the items around 4 in the morning. She then went ahead to set his house on fire, the New York Daily News further reports.

After managing to escape wearing just a t-shirt, the man who, police described as “covered head to toe in soot and ash” ran to the Woodbury police station to report the incident before going back to the house again, according to USA Today.

He was subsequently hospitalized and treated for smoke inhalation. Firefighters also managed to rescue his dog. His house was, however, completely destroyed.

“The residence and its contents were completely destroyed,” the police statement read.