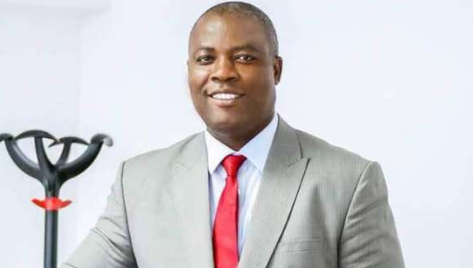 The Executive Director of the Institute of Energy Security, Paa Kwesi Anamoah Sakyi has said the resignation of the Managing Director of the Bulk Oil Storage Distribution (BOST) comes as no surprise to him.

George Mensah Okley is said to have tendered in his resignation to the President on Friday, August 23, 2019.

Reasons for his resignation are unclear, however, there are reports that it may be linked to an issue of contracts at BOST.

There are also reports that Mr Edwin Provencal has been named as the new MD for BOST.

Mr. Anamoah on Eyewitness News said Mr. Okley’s resignation is not shocking given the complex and polarised nature of BOST.

“BOST is a very complex thing and equally polarised with personal interest. It will require a lot of work to be able to manage interests there. The MD’s [resignation] does not come as a surprise because if you understand BOST very well, it is a system where people have different interests. People come to you [ Managing Director], everyone behaves like a special advisor to you. You get good advice and there are people who even want to be MD and so if they find you to be not in a strong position and you are not well positioned to understand the industry well, they will mislead you.”

Mr. Anamoah could also not give clear reasons for Mr. Okley’s resignation.

“For now we have not been able to reach Mr. Okley himself but the information we have received is so scanty. We initially picked information that it was over a contract issue but as to the exact contract we are yet to find out.”

Mr Okley was appointed by President Nana Addo in 2017 to act as Managing Director for the state-owned entity, following the removal from office of his predecessor, Alfred Obeng Boateng.

BOST was in the news in June 2017 for causing the country to lose about GHc7 million in revenue for allegedly selling some five million litres of contaminated fuel at a cheap price to two unlicensed companies [at the time]; Movenpinaa and Zup Oil, set up days before the sale.

The National Petroleum Authority (NPA) confirmed that the two companies were also not licensed.

Following Citi News reports, there were calls for the then BOST MD, Alfred Obeng Boateng to be interdicted.

However, he was cleared of any wrongdoing by the Ministry of Energy.

Fast forward to 2018, the Chamber of Petroleum Consumers (COPEC), also accused the then MD, Alfred Obeng Boateng of financial wrongdoing.

COPEC, in April 2018 claimed Ghana lost about GHc23 million in revenue when 1.8 million barrels of crude oil was sold at a discount to an unlicensed company.

Alfred Obeng Boateng rejected the accusations, describing them as baseless.

Nonetheless, COPEC petitioned the Special Prosecutor to investigate the allegations.