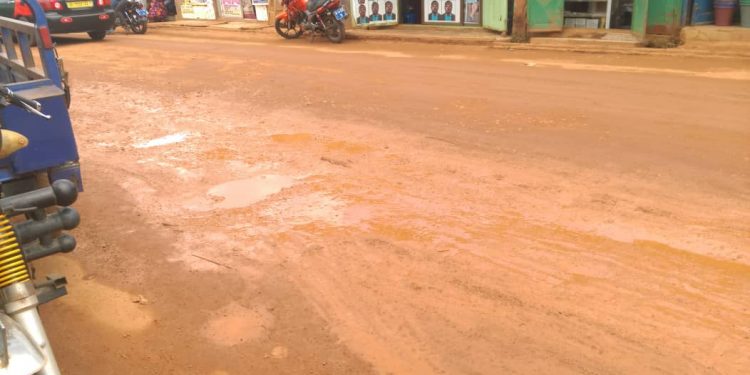 Some sub-chiefs in Asamankese in the Lower West Akim Municipality of the Eastern Region are unhappy with the poor state of roads in the area.

According to them, successive governments have failed to fulfil campaign promises made to them to construct all internal roads in the municipality.

Abodeesahene Baffour Kwame Awuakye who is in charge of all lands in Asamankese in an interview with Citi News on the state of Asamankese roads said residents are simply amazed by the neglect of successive governments.

“Our internal roads are very bad. I want to use this medium to appeal to government to look at Asamankese roads in another perspective because we are not comfortable with signals we are getting.”

“As indigenes of Asamankese our internal road network is very poor, we are not being treated fairly at all. The hospital road is very deplorable and in a bad state and we are aware Citi News has done a series of reports on it but nothing has been done about it.”

The Nifahene of Asamankese, Nana Kwaku Enyan also said businesses are being affected due to the poor nature of their roads.

20 collapsed microfinance firms to settle depositors with own funds - Receiver