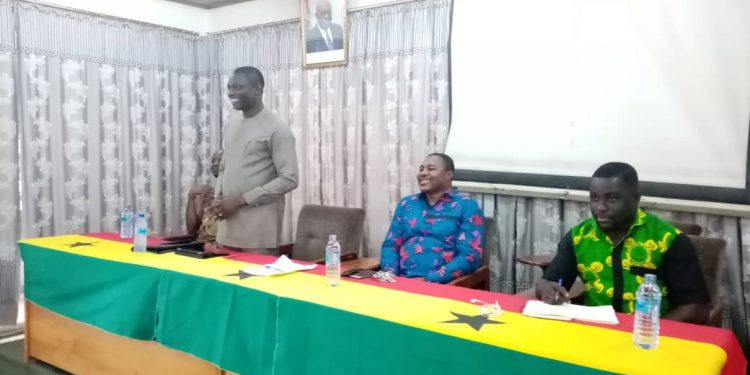 The Member of Parliament for the Obuasi West Constituency, Kwaku Kwarteng has described the Digital Addressing System as the main catalyst to revolutionize and modernize the country’s economy.

He made the remark while speaking to fifty (50) NABCO personnel in Obuasi selected for the national property address tagging project.

Kwaku Kwarteng who also doubles as the Deputy Finance Minister in charge of Revenue, took time to explain the rationale behind the National Property Addressing System to the recruits.

He said the System will help Government to track revenue and also boost revenue generation capacity of the MMDAs. 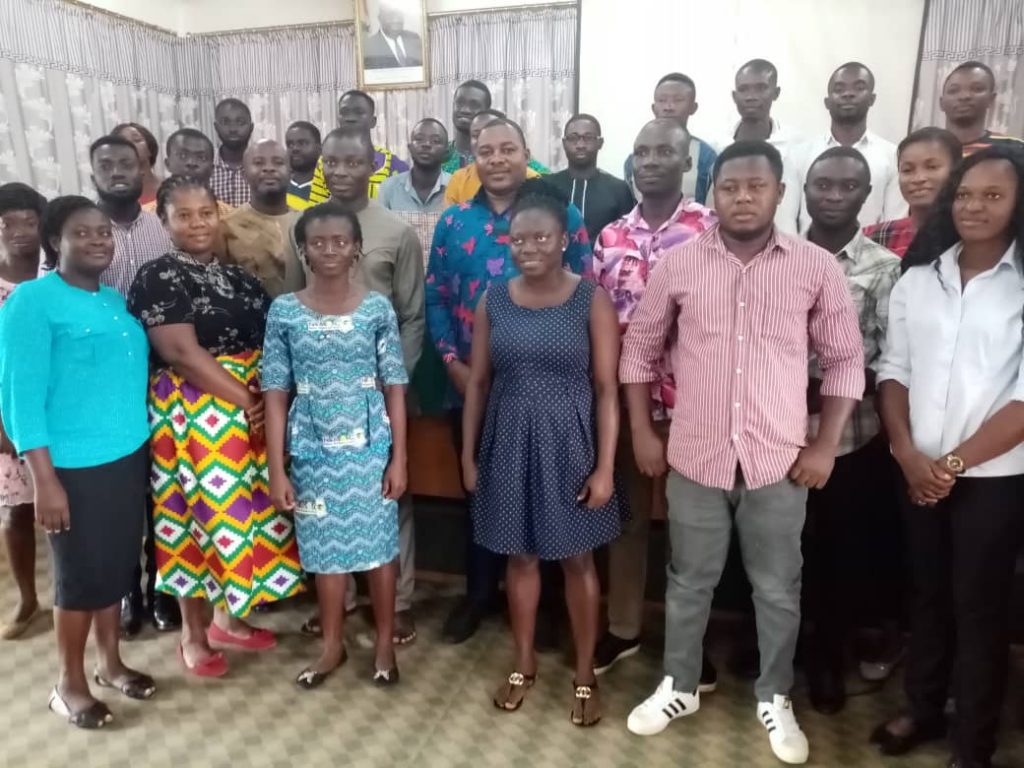 He mentioned the fact that some MMDAs can survive without Government’s support.

This he said can be achieved through a successful implementation of the Digital Address System which will enable the MMDAs rake in more revenue through property rate and also reduce wastage.

He praised the Government for the implementation of the Nations Builder’s Corp. The  NABCO Programme he said, has brought hope to a lot of graduates and has addressed the dreary graduate unemployment that poses threats to the country’s security.

On his part, the Municipal Chief Executive for Obuasi; Elijah Adansi-Bonah promised the personnel of the Assembly’s support during the exercise.

He again advised the personnel to treat the exercise with all the seriousness it deserves to make it a success.

The Municipal Information Officer, Mr. Sampson Manu also took the personnel through principles of community engagement and asked them to explain the system to the public when they get to the communities.

The first phase of the Digital Addressing exercise is expected to last for 6 weeks.

Absa reports 3% jump in earnings for 2019 first half