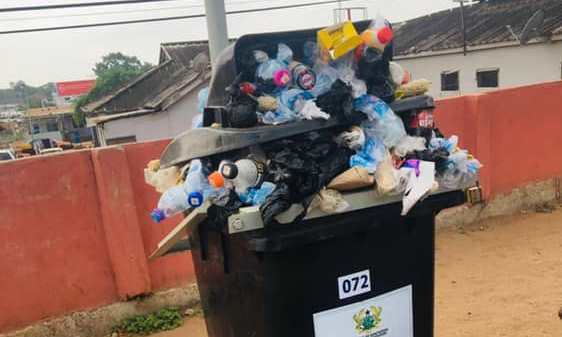 Are we still counting down to the “cleanest city in Africa” by 2020 promise? Or was it one of the many promises to secure you the seat of the presidency? Well, you set out to establish a full Ministry of Sanitation, the first in the history of Ghana, so I will be the last to conclude you never meant your promise to make Accra clean.

But Mr President, we have a year and a few months to the realisation of that promise and what have we achieved as a people? Oh! I remember; we have organised more seminars and fora to discuss filth in Accra over the past two years than real action to clear the filth. 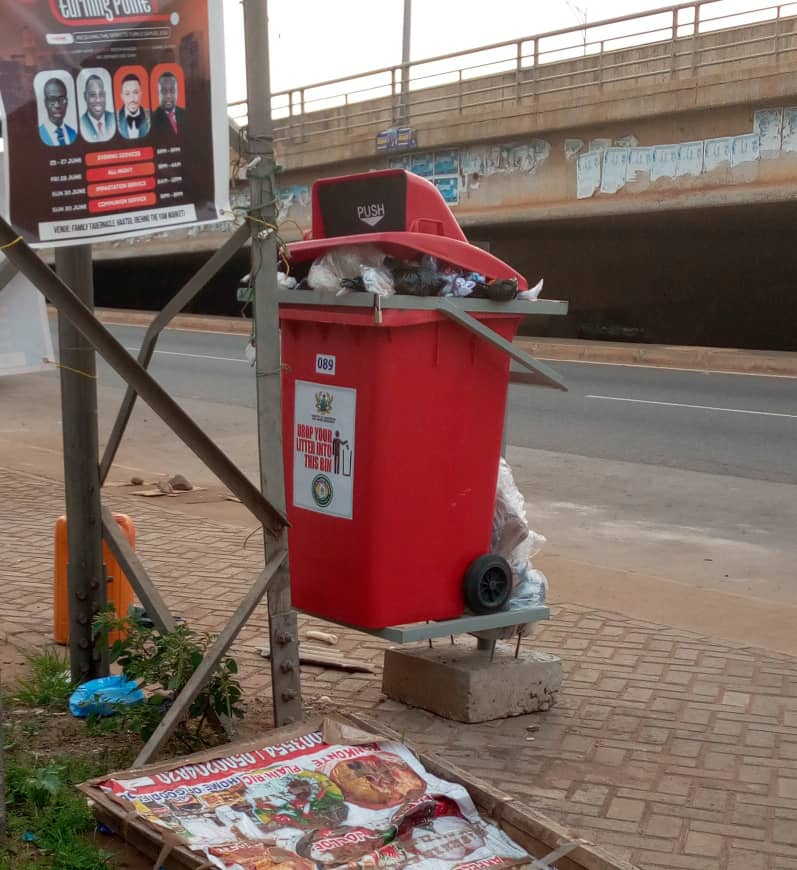 At one of such seminars, your then Minister-in-charge of Sanitation, Joseph Kofi Adda, chose to blame waste management company, Zoomlion Ghana limited, instead of saying what he had done. And when he decided to say something again, he complained about how his office had been starved of funds. In the end, he said almost nothing about clearing the country’s filth.

But funds, Mr President, might be a problem for your government, but certainly not for you. This is because on a few occasions, you have demonstrated commitment by making personal donations to arouse interest and to show the way.

A recent example is your pledge of 100,000 cedis towards the building of the National Cathedral. Did I hear people say a similar commitment towards funding the Sanitation Ministry would be a good idea? Well, that is your money sir, and I cannot dictate how you use it.

But sir, what is a National Cathedral on the bedrock of filth? Or the saying, “cleanliness is next to godliness” has become so old it makes no sense in a modern world?

You see, it breaks my heart to read reports from the World Health Organisation ranking Ghana the seventh worst country in the world without improved basic sanitation. And, about 7,000 public schools in Accra are without toilet facilities. It is one thing reading about this in international reports, and another, witnessing it. The latter, being really heart-breaking.

Few months ago, Citi TV aired a news story from the LEKMA cluster of schools in Accra on how the pupils scale the school walls just to go defecate at the beach next door. As if the ‘rumblings’ of a tummy upset aren’t ‘traumatic’ enough, others, who cannot jump the wall, do it on a heap of refuse on the school compound.

Footage from the story showed majority of the pupils walked away immediately without washing their hands with water and soap. This is a peculiar case though because the school in question had newly built toilets with running water, but authorities were awaiting an official opening of the facility. The only one opened for use was meant for the teachers.

The teachers there are really fortunate, because elsewhere at the Kotobaabi 15 Junior High School (now Abavana JHS) teachers, (including students) get stranded anytime they are ‘pressed’. Otherwise, the teachers enter a special corner inside their ‘common room’; urinate in a container and dispose of it later.

Mr President, these are not stories from some rural village in our country. These are Accra stories, so you can imagine what the picture will look like in rural Ghana. Similar stories can be told at the Abokobi Presbyterian School and another basic school in Pantang. Students from these schools I interacted with told me they go to the bush and do what is largely known as “free-range” anytime the need arose to use the toilet.

Some of these schools have subsequently benefited from the Greater Accra Metropolitan Area (GAMA) Sanitation and Water Project being funded by the World Bank, but recent news show these toilet projects have started wasting away, thanks to our careless attitudes towards maintenance.

That as a people, we know and enjoy meddling in trivialities cannot be said loud enough. Maybe we are awaiting that one incident which will catapult us into making those decisive changes into cleaning our country.

Mr President, your administration, we understand, has engaged the master-planner of modern Singapore to re-develop Accra. The plan will involve redesigning a model that will make Accra compare to similar capitals in the 21st century. I hope this will not add to the tall list of promises on the sheet begging for attention. But you see, it didn’t take Singapore’s Prime Minister at the time, Lee Kuan Yew any wild dream to create the model country that everyone talks about and Ghana wants to copy.

Many of its people at a time in history were living like the way we live today. They sold cooked food on the pavements and streets in total disregard of traffic, health, or other considerations. The trail of litter and dirt, the stench of rotten food and the clutter and obstructions turned many parts of the city into slums, according to the book, “From Third World to First”, authored by Lee Kuan Yew.

But that country only remained a slum for a short period.

As Lee narrated, “one morning, I looked across my office window to see several cows grazing on the Esplanade. A lawyer driving on the main road just outside the city hit a cow and died”.

That incident was what caused the Singaporean leader to take drastic decisions which will make Singapore one of the cleanest in the world.

In his words, “I called a meeting of public health officers and spelt out an action plan to solve this problem. We gave owners of cows and goats a grace period, after which all stray animals would be slaughtered. In one year, we had slaughtered 53 cows. Very quickly, all cattle and goats were back in their sheds”.

It is often said that we in Ghana have the best laws in the world. And this is true. We have over one hundred policies on sanitation alone, so what really is our bane?

Back to the Singaporean experience…The country didn’t end with the arrests. It went further. It educated all school children, who in turn, passed the information learned on sanitation to their parents.

Here lies the irony… The future leaders of Ghana who will be maintaining a clean Accra should your magic wand work, Mr President, are the ones forced to defecate in the open because you are too busy going around the world soliciting for some funds to build a National Cathedral that might never be of any direct benefit to them.

Over the past 12 months, a citizen (definitely not a spectator), Yasmeen Helwani set out to collect signatures to petition your high office to ban plastics in Ghana. As many as 20,000 people signed this petition, but even before she could present the petition to your office, the Minister for Environment, Science, Technology and Innovation burst their bubble by announcing your government has absolutely no intention of banning plastics. According to the Minister, obviously with your backing, placing a ban on plastics will not be in our interest as a country. But Mr President, are the heaps of refuse with no landfill to dump them all over Accra in our interest?

I am not sure the call is for a total ban on anything and everything plastic. A day-old child will know that isn’t immediately tenable. But to hear your government, which has one of its main pledges of having a clean Accra say it cannot ban even single-use plastic because it will have consequences on the economy, is heart-wrenching.

Recently, I noticed the Sanitation Ministry and other NGOs placing dustbins at designated areas within the capitals. It was a good move, but certainly not the first time. Anytime this was tried, either the bins were stolen or the designated areas became refuse dumps in a couple of days. I noticed this time around, the bins have been fastened and mounted on concrete stands, which will make it difficult for those miscreants to carry them away. But we are yet to find the antidote to that infection which prevents the requisite bodies from emptying the bins. It actually begs the question, if the bins will not be emptied, why mount them?

Mr President, a clean Accra (Ghana) is no wild dream. It is possible, only if your administration will have the cojones to take the drastic decisions and stick to them. Over the years, I remember how my mother, a baker, would put her loaf of bread in the bare hands of buyers who come to her bakery without any carrier bags. She would share with them how they used to go to town with baskets or napkins for products like bread. I didn’t understand her then, and used to get angry with her. But now I know better. It will not take “plenty talk” for Accra (Ghana) to move from the world’s seventh dirtiest country to the cleanest in Africa. It will take some tough decisions, just like Singapore did. Those tough decisions, I am sorry sir, are not being taken as far as redeeming your promise is concerned. Will we ever see a clean Accra? Some of us still have that hope.

Thank you for your attention sir.

NAM1 will meet Menzgold management after getting some rest – PRO

NAM1 will meet Menzgold management after getting some rest - PRO