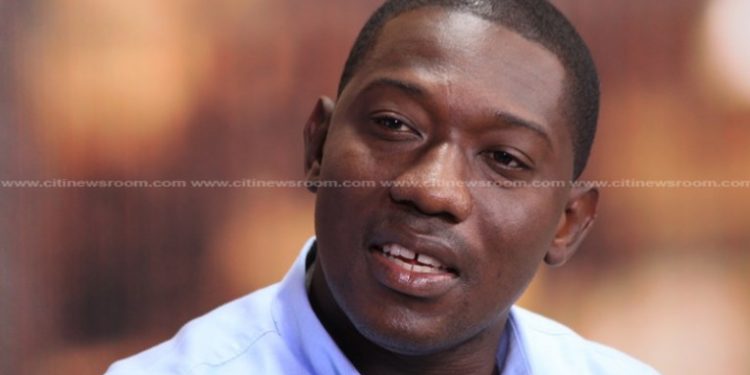 Government says it is early days yet to rubbish its robust procurement regime following the scandal that has hit the Public Procurement Authority.

President Nana Akufo-Addo suspended the Chief Executive Officer of the PPA, A.B Adjei, over allegations of corruption and conflict of interest levelled against him in an investigative documentary executed by former Multimedia Journalist, Manasseh Azure Awuni, titled “Contracts for Sale”.

The matter has also been referred to the Commission on Human Rights and Administrative Justice (CHRAJ) and those relating to potential acts of corruption to the Office of Special Prosecutor “for their prompt action.”

Herbert Krapa, the government spokesperson on Governance and Legal Affairs who spoke on Eyewitness News on Thursday indicated that, public comments that the development undermines government’s achievements in the sector are misplaced given the fact that investigations into the matter have not been concluded yet.

Mr. Krapa urged Ghanaians to await the findings of the entities currently presiding over the matter before drawing unsubstantiated conclusions.

“This is why this investigation has begun, and as to whether what comes out will impair the achievements that we have touted in the past about the Authority and the work that they have done in recent past, I think the investigations will bring it out clearly and then we can all speak for ourselves…not to hold brief for anybody, one cannot say that because of the issue, we haven’t done anything at the Authority and the claims that savings made there are bogus and unsubstantiated”.

Meanwhile, the Office of the Special Prosecutor has invited Adjenim Boateng Adjei for questioning as investigations into corruption allegations made against him begin.

Mr. Adjei, alongside the shareholders and directors of companies allegedly linked to him, Talent Discovery Limited and B-Molie Enterprise, are to report to the Acting Head of investigations of the Special Prosecutor Office on Thursday, August 29, 2019, at 10 am.

A letter from the Office of the Special Prosecutor asked Mr. Adjei to be present at the office with “all information and documents including relevant minutes of the board relating to this investigation.”

President Nana Akufo-Addo in January 2018 said his administration has saved about GHc 782 million from sole sourcing and restricted tendering processes within its first year in government.

He at the time said the achievement was in sharp contrast to the zero savings made from sole sourcing in 2016 under the National Democratic Congress.

Speaking during his encounter with the media at the Flagstaff House, President Akufo-Addo at the time made the following remarks:

“There were 592 requests made for restricted tenders, and 587 were approved and there were five rejections. A grand total of zero savings were made through the procurement process.”

“Now, here is the interesting part. The savings made over the year, as a result, amounted to GHc145 million, $142 million, €1.8 million and £22,400… you cannot argue with figures and such figures surely open up the incentive to open up government procurement,” the President added.