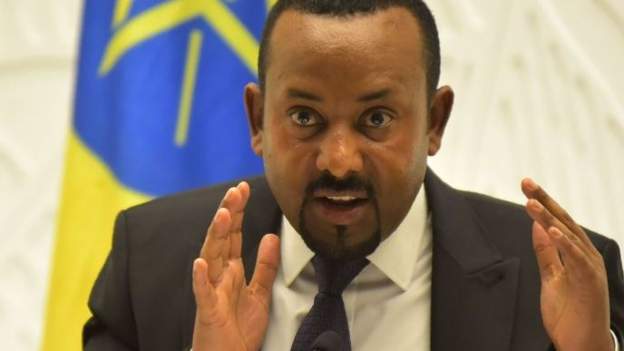 Ethiopian Prime Minister Abiy Ahmed has justified the government’s right to shut down the internet, saying it is done to save lives.

“Internet is not water, internet is not air,” he told journalists in the capital, Addis Ababa on Thursday as he defended the closure of internet services in the wake of a coup attempt in June.

He gave a warning that if people used the internet to incite people to kill fellow citizens and destroy property, then a switch-off could be long term.

Mr Abiy, who has brought in sweeping reforms since coming to power in April last year, said it was better to incur economic losses than the loss of a single life.

The internet and text services were also shut down earlier in June when national school exams were being held to prevent cheating.

It's been difficult to have Richie on my song – Kuami Eugene