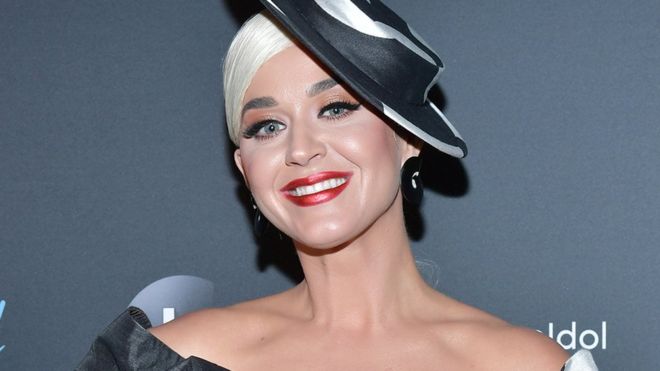 That amount is a part of the $2.7m (£2.2m) awarded to gospel artist Flame, who has successfully sued the star for copying one of his songs.

Her label, Capitol Records, will have to pay most of the total amount.

The singer’s legal team say they plan to appeal, if the case is not dismissed pending a defence motion.

Earlier this week, a US court found Katy, her producers and songwriters guilty of copyright infringement.

Lawyers representing Flame claimed that Katy and her team had “copied an important part” of his song, at the conclusion of legal proceedings that started in 2014.

The argument was over a musical part of Dark Horse’s production – but Katy and the people who wrote the lyrics for the track were also found liable.

“The writers of Dark Horse consider this a travesty of justice,” said Katy’s attorney Christine Lepera outside court.

Katy had said, when she gave evidence during the trial, that she had never heard Joyful Noise before recording her hit with producers Dr Luke, Max Martin and Cirkut.

She also offered to sing Dark Horse to the court when a speaker system broke and it wasn’t possible to play the song for the jury.