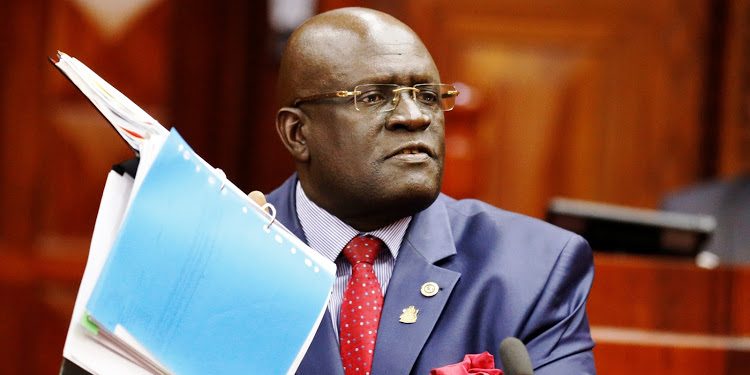 Most universities in Kenya could be forced to drop Business Administration, Education and Journalism degrees as the Ministry of Education moves to stop uneconomical multiplication of degrees.

Currently, nearly all of the 74 private and public Kenyan universities offer the three degrees, making it uneconomical to manage them as they fail to attract enough entrants.

The three are among nine popular courses that could be scrapped from some universities as the financially-strained institutions prepare for radical reforms to keep them afloat.

A report prepared by Kenya’s Education Ministry, and presented before the Parliamentary Committee on Education by Education Cabinet Secretary George Magoha early this month, shows Business of Administration is taught in 67 out of the 74 universities in the country.

This means only seven universities in the country do not teach the course.

Journalism is taught in 66 and Education degree in 55 institutions despite education technocrats advising that the number of teachers already surpasses the market demand.

The report suggests that public universities specialise in teaching and researching in specific fields, a suggestion that will see the institutions bite the bullet of losing other fields that they ventured into in the past.

It says the duplication of teaching areas has resulted in inadequate academic staff and poor demand of graduates in these courses.

This will also mean job losses for some academic staff and reduced enrolment in some universities.

Lucrative courses that attracted some of the best performers from secondary schools such as Actuarial Science and Computer Science are also on the spot in the upcoming cleanup.

At least 50 institutions teach them and they are not safe from the ministry shed off-plan.

All courses offered in universities are wrapped in 11 study fields of Law, Engineering, Agriculture, Mathematics and Statistics, Health, Education, Arts and Humanities, Information Communication and Technology, Journalism and Business Administration.

According to the document, only Law and Engineering have not suffered duplication and are offered in selected few institutions, meaning they remain competitive.

In March, the CS recommended that universities should shed off some programmes as one of the recommendations to address the duplication menace and turn to specialisation.

This was to be done in 90 days and the mantle to conduct the reforms given to the regulator Commission for University Education.

However, sources indicate that CUE is yet to give a way forward on how the institutions will clean up the mess.

CUE report on the best way to approach university reforms was due for submission to the CS on July 31.

Upon recommendation by CUE, the long-suffering public universities will in the next few months be required to bite the bullet in the implementation of the recommendations that will see job losses, and reduced university enrolment.

Arts and Humanities degrees are taught in 55 institutions and many of them could also be axed.

Ideally, the institutions will be forced to drop some courses and focus on selected areas as per Education CS George Magoha proposed recommendations.

The report notes that Egerton University started off well as an agricultural institution but has since diversified to offer all manner of degrees.

The report further indicates that agricultural courses such as animal health, agricultural economics, food science and nutrition also suffer duplication with at least 40 universities teaching them.

Health courses that could also be affected include nursing and human nutrition, dietetics, community health, and environmental health.

Duplication in the service and hospitality courses is also on the rise with the data showing at least 38 universities teach courses related to them.

The report also finds that at least 22 universities mounted courses without a single lecture room to facilitate teaching and learning.

It raised questions how the institutions were accredited to mount the courses. CUE recommends an institution have at least two lecture rooms for any particular programme.

CUE former CEO David Some explains that increases in the number of courses mounted in universities gained ground with the increase in demand for Module 2 or self-sponsored programmes.

“At this time Bachelor of Commerce gained popularity and a lot of students in module 2 sought for it, as a university you then see an opportunity and capitalise on it,” Some told the Star yesterday.

Government data also shows the duplicated courses account for about 82 per cent of students who graduate from various universities each year.