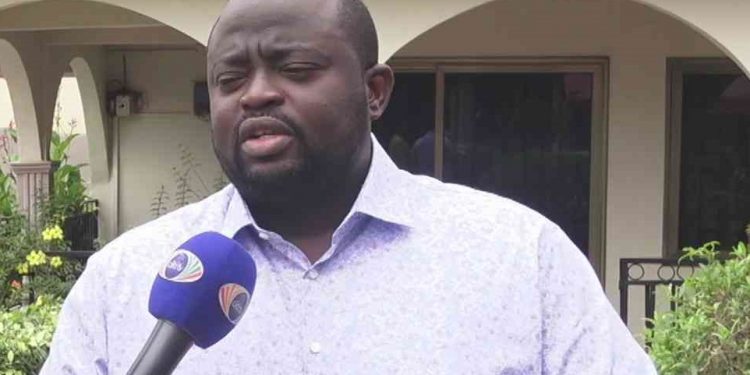 The NDC Member of Parliament for  Amasaman, Emmanuel Nii Okai Laryea has blamed the deplorable state of the Pokuase Mayera road on what he says is the lack of commitment from the governing party to have it fixed.

According to him, the project which began under the erstwhile Mahama administration stalled after the NPP asked contractors to stop work when they assumed office.

Speaking on Eyewitness News, the MP argued that, government’s excuse of insufficient funds is untenable and shows clearly its disregard for the plights of residents.

“The road was awarded under the John Mahama administration somewhere in 2016. The contractor actually commenced work on the road. He constructed the drains and I think what was left was the bitumen servicing at that time. When the new administration took office in 2017, they asked all contractors to hold on with the project that was happening at that time. So this was part of the road contracts that were held on at that time. Unfortunately for us, two or three years down the line, nothing has absolutely been done about this road. I raised the issue in Parliament and the answer that the Deputy Minister for Roads and Highways gave was that there is a lack of funding to enable the contractor to resume construction of the road. So to a large extent, the issue at stake here is the non-commitment of government to pay the contractor for him to go back to the road. It’s a purely financial issue.”

“I am happy the MCE himself has admitted this but all that we are saying is that bringing in the Department of Feeder Roads is irrelevant. He should just pay the contractor to resume work. That is why I endorsed the demonstration exercise. The government is just taking us for a ride. It is most unfortunate that one government starts a good project and what the successive government has to do is to continue. They have no excuse.”

Angry drivers in the Ga North Municipality of the Greater Accra region on Tuesday blocked portions of a road in the area to protest the deplorable nature of their roads.

According to the drivers, the stretch has been in a bad state for over a decade.

The protestors blocked the road at four different spots.

Previous complaints to authorities have not resulted in any substantive action.

He said a decision on when exactly the construction project will commence will be taken after a meeting with the contractor on 19th August.

Speaking on the same show, Mr. Wilkinson said the road which was awarded to a contractor about three years ago is yet to be done due to lack of funding from the central government.

“I will make them [the residents] happy very soon. The road is on contract. It was awarded before I came but couldn’t be done due to some issues including financial problems. I will give them a time only after 19th of August after I have met the contractor,” he said.