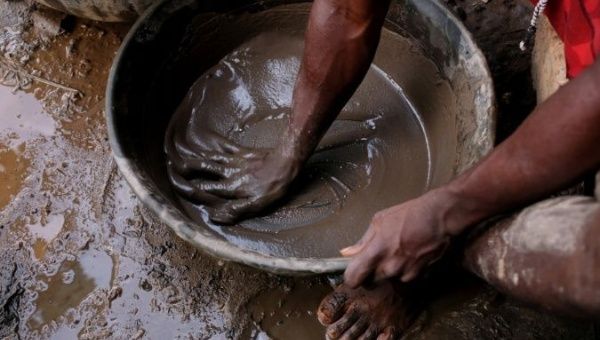 Mercury issues have become a matter of general concern in the recent past and will continue to be with us for some time unless we take the bull by the horn to understand the issues and why they must be addressed.

The Minamata Convention on Mercury became a working document for the world and Ghana when it came into existence as a global agreement to protect human health and the environment from the adverse effects of mercury, agreed in January 2013, and the Convention was opened for signature in October 2013.

Mercury is used in some spheres but the main concern of this article is Dental amalgam, which is a tooth filling material that is approximately 50% mercury(a highly polluting neurotoxin), and other metals. A neurotoxin in this particular case is that which can cause brain damage and neurological problems, especially for children and the unborn babies of pregnant women.

Mercury contained in dental amalgam is a source of mercury vapor released into the environment. Mercury releases may occur at different stages of the life cycle of dental amalgam such as during manipulation prior to dental filling, placement of fillings, progressive deterioration of amalgam fillings, during amalgam replacement and/or removal in the tooth, and at the end of life in cremation or burial.

After amalgam enters the environment, bacteria (e.g. sulfur reducing bacteria) can change the elemental mercury and even mercuric ion into methyl mercury, a highly toxic form of mercury that builds up in fish, shellfish, and people that eat fish. As a proven neurotoxin, mercury coming from dental amalgam can be harmful for children since their brain is still in development. In the same way, as it crosses the placenta barrier, mercury affects foetus in pregnant women and babies in nursing mothers leading to brain damages and other neurological effects. Dental amalgam amounts to about 1/5th of the global consumption of mercury.

Ghana joined other nations to ratify the Convention making the contents binding for the country and in this case, to phase-down the use of dental and consequent elimination in the future.

In May 2014, Ecological Restorations in collaboration with the World Mercury-Free Alliance in Dentistry (WAMFD) and some other African non-governmental organizations gathered in Abuja and came out with a Declaration known as the Abuja Declaration for Mercury-Free Dentistry urging African governments to phase-out Amalgam amongst other considerations including the availability of the Restorative materials such as: Composites and Glass Ionomer Cement (GIC) and the greater concern of Mercury as a poison to the human nervous system.

This calls for awareness-raising and advocacy on the effects on dental amalgam on the human body and a call for policy to support the idea of its phase-down and subsequent phase-out to save human health and the environment.

Euthanized or forsaken? A case for non-bank financial institutions [Article]